Five of the Most Iconic Style Impressions From Film & Television

We all like to draw fashion inspiration from television and film now and then. Sometimes the looks are unattainable, and sometimes they’re even downright fantastical; in other cases, they’re actually quite practical, and we can follow the leads of beloved actresses. In any case though, it’s always fun to think about the style looks that have really stuck with us from entertainment over the years.

Many could likely list hundreds of these looks given some time to think about them. In this case though, we’ve narrowed things down to 10 looks that have always stuck with us. 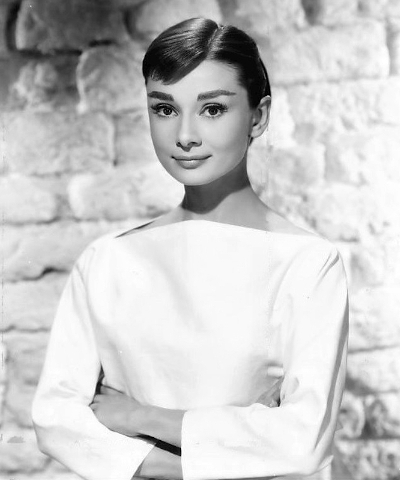 For those who may be too young for the reference, Holly Golightly is the name of Audrey Hepburn’s character in Breakfast At Tiffany’s — as well as the woman who more or less invented the “little black dress” as we know it today. Golightly’s impact was such that there was a CNN recap of fashion implications written just last year (which referred to the look as “an enduring symbol of underrated style” and one that “defined elegance”). Golightly’s look has been imitated time and again in film and TV, and by women all over the world. And though it may be that none of us will ever wear it quite like Audrey Hepburn did, we can still call this one of the most influential film outfits in history.

There’s certainly no such thing as a modern-day Audrey Hepburn or Holly Golightly — again, we won’t ever wear it quite right, and “we” is universal in this sense! But Gemma Chan comes awfully close to that same unattainable level of stylish elegance in Crazy Rich Asians. It helps that her character, Astrid Leon-Teo, is wealthy enough to casually purchase multimillion-dollar earrings on a whim. Nevertheless, Astrid wears one look after another that ought to inspire us all for casual and formal occasions alike. Frankly, she makes off-white pants and a horizontally striped long-sleeve tee look about as good as any high-end outfit. But her best look is a playful, out-and-about, yet devastatingly high-class pale-pink Dior dress (incidentally what she wears to buy those earrings).

Not all of our inspiration concerns fancy and formal looks. And just as Gemma Chan’s Astrid character rocked that horizontally striped tee on the beach in Crazy Rich Asians, multiple iterations of the Lara Croft character (Angelina Jolie and Alicia Vikander) have turned rugged-casual into a fashion statement. Croft’s signature look — tactical shorts or pants, strong boots, and a tank top — has appeared in every film, multiple console video games, and even online slot games and Square Enix’s Lara Croft puzzle game for mobile devices. It’s indelible, and even if it takes a lot of confidence to pull off, it’s a really fun look. Plus, Lara Croft is cited as inspirational icon of equality within the gaming industry, helping make her look not only striking but empowering.

Like Lara Croft (who was originally a game character), the character of Princess Jasmine from Aladdin stems from animation. Also like Croft, she has a general look that’s re-emerged over time. She’s back in the Aladdin sequels; she was recently portrayed by Naomi Scott in a live-action remake; and Gala Spins’ slot reel Ali Baba’s Luck, while not as direct as its Lara Croft counterpart, is quite clearly Aladdin-inspired, complete with the familiar Jasmine look. The simple explanation for why this costuming has stood up over time is that it’s irresistibly fun. It may not be a look you can imitate in everyday life, but that doesn’t sap it of its influence. Princess Jasmine is still some of the best inspiration for strapless tops and pretty headbands, and you can bet she drove a generation of young women in the ‘90s to keep their midriffs exposed (even if Scott’s interpretation nixed this aspect). Ultimately, it may not be practical, but it’s a look we all remember more than most.

Jessica Rabbit wasn’t bad – she was drawn that way. Somehow the standout star of Who Framed Roger Rabbit, the animation/live-action crossover has become a fashion icon, despite the rather primitive nature of the film today. Her alluring red dress is certainly an iconic fashion piece, and helped make her a star if an animated character can be a star. It was also ranked among the most recognized clothing worn by an animated character, matched only by Snow White. The look she exuded helped keep classy and stylish in fashion through the eighties, when otherwise loud and overstated pieces ruled the roost.