Gabourey Sidibe Will Open Up About Family, Foot Modeling, and Depression in Her Upcoming Memoir. 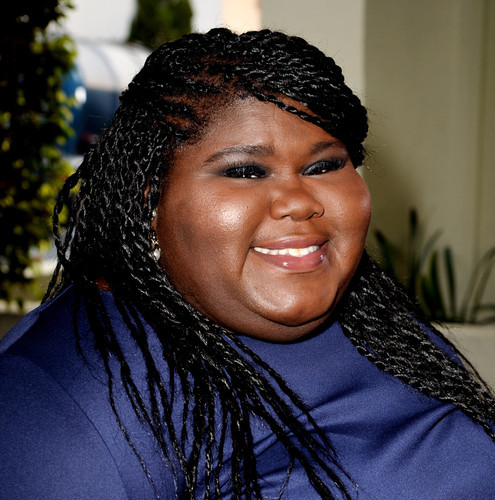 Actress and funny lady Gabourey Sidibe is working on a memoir, which is set to be released in 2017. The project is currently untitled, according to publisher Houghton Mifflin Harcourt.


Sidibe, who first broke into the film industry in 2009 with a starring role in the Lee Daniel’s film Precious, grew up in New York City.

“Moving from Bed-Stuy to Senegal to Cannes, as Gabby has done in a still-short lifetime, has helped produce a fierce, wise way of being in the world, impossible not to admire. ‘Funny’ doesn’t begin to capture just how irreverent and complex Gabby’s stories are,” said Houghton Mifflin Harcourt Executive Editor Deanne Urmy.

Sidibe will talk about struggling with depression as well as her family life in the upcoming book. Her mother Alice Tan Ridley, is an R&B and Gospel singer who has showcased her talents inside various subway stations and her father Ibnou Sidibe, who studied architecture in France but hails from Senegal, became a cab driver when he relocated to New York City. Famed feminist, child rights advocate and co-founder of Ms. Magazine, Dorothy Pitman Hughes, also happens to be Sidibe’s aunt. In a rousing speech 2014 speech at The Gloria Awards and Gala, hosted by the Ms. Foundation for Women, Sidibe spoke of living at her aunt’s house with her brother as a child and being inspired and empowered by her.

Sidibe also showed off her talents as both a speaker and a writer in the speech as she talked about being confident,

If I hadn’t been told I was garbage, I wouldn’t have learned how to show people I’m talented. And if everyone had always laughed at my jokes, I wouldn’t have figured out how to be so funny. If they hadn’t told me I was ugly, I never would have searched for my beauty. And if they hadn’t tried to break me down, I wouldn’t know that I’m unbreakable. [Dabs tears] So when you ask me how I’m so confident, I know what you’re really asking me: how could someone like me be confident? Go ask Rihanna, asshole!

“I’ve been writing since I was a child, and have always had so many stories to tell that are too long, shady, and impolite to share in interviews,” Sidibe said in a press release. “It brings me much joy to add published writer to my résumé of actor and part-time foot model.”

Though Gabourey is only 32, when speaking about her life, she’s often exemplified a unique perspective and level of clarity that comes from her diverse experiences. This upcoming memoir will definitely be a good read.

Gabourey Sidibe’s Book ‘This Is Just My Face’ is Now Available.