Gabourey Sidibe’s Book ‘This Is Just My Face’ is Now Available. 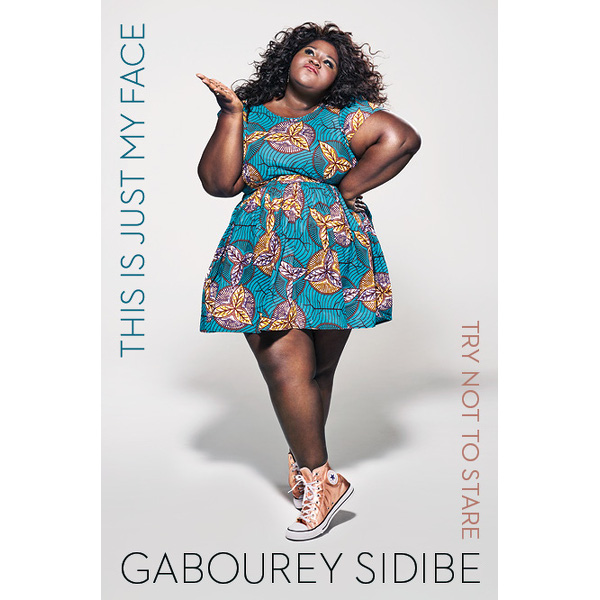 Actress Gabourey Sidibe’s memoir This Is Just My Face: Try Not to Stare hit shelves this week. In the book, Sidibe talks about her upbringing and tackles issues like confidence and body image.

“I was Gabourey M. Sidibe in American elementary school, in a pre-Lion King world,” she writes. “I was Gabourey in a school full of Jennifers, Stacies, Ericas, and Elizabeths. Brandons, Johnnies, and Anthonies. My round little belly and my dark chocolate skin made me look different, and the way I sing songed by African name made me sound different.”

Sidibe also talked about her early fame from her breakout role in Precious, and the impact of that character.

And people would say, even when they couldn’t see me as a different person from this character, they would say, “This happened to me the same way it happened to you.” And I didn’t feel like I could say, “This didn’t happen to me. This is a character.” All I could do was give sympathy and push forth strength, in a way. Say, “She made it and you can make it too.”

This Is Just My Face: Try Not to Stare is now available.