Have You Been Blocked By Anita Baker? 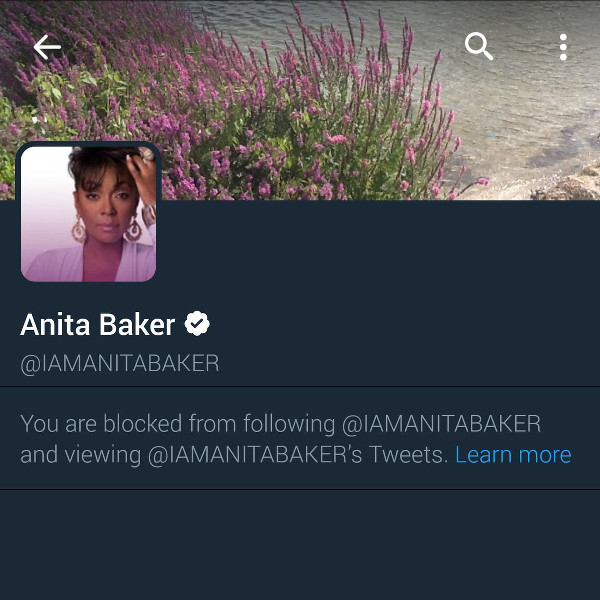 Earlier this week, comedian and internet personality Jay Versace revealed that, after raving about Anita Baker on Twitter, he came to find out that she had blocked him.

WHAT THE FUCK DID I DO pic.twitter.com/Gx1OVux9uh

Several of Versace’s followers tweeted Baker in support of him, and soon found themselves on the other end of the block button as well. Others discovered that they had been blocked all along.

today is Anita Baker's birthday but she won't see any of our b'day wishes anyways bc she has most of us blocked…… pic.twitter.com/ydQT7g8l5V

Anita Baker blocked me for no reason. I love ha.

Some think that Versace’s referring to Baker as “underrated” caused the block, but it doesn’t it explain the large number of others who were blocked for minor interactions.

As of now we haven’t been blocked by Anita Baker, but we probably will be once this post goes live.