How Do You Feel About Fur? 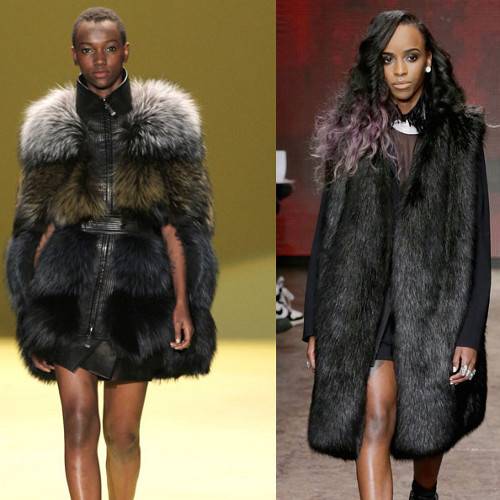 Fur on the runways at J. Mendel and DKNY

With a 70% increase in sales since 2004, fur is back in a big way. First the runways were packed with every manner of leather in the form of leather jackets, leather leggings, leather sweatpants, gloves, blouses, etc. This led to bits of fur and fur gilets in order to mix textures, and then finally design houses took a full leap with head to toe fur ensembles.


Gone are the days where people would slyly make jokes about being doused with red paint or flour for wearing fur. If I had to chart the popularity of fur, I’d have to say it started with the very downtown hipster set. A vintage fox or rabbit fur jacket or gilet artfully layered on the body of a super skinny 20-something body was a pretty common sight in certain circles come February in New York City. The jacket was usually accessorized with a Chanel purse, ripped jeans and Alexander Wang boots or something or other from Opening Ceremony. I can’t say I didn’t fall victim to the trend myself. But you see, we were rocking these furs out of irony. We were pairing them with motorcycle jackets, weird haircuts and $250.00 sweatpants. These were our mother’s furs, complete with shoulder pads and other telltale signs of bad 80’s design. It was all very tongue-in-chic.

Fur became a thing of the past by the mid 90’s. By the early aughts, images of naked celebrities strategically hiding their naughty bits in the name of animal rights for PETA were at the forefront of our consciousness and affected our shopping habits. A big fur coat usually evoked images of an elderly dame with a weather-beaten designer purse, thick tights, a brooch and rouge on her cheeks. Maybe she lived in an ageing building on the Upper West or East Side or she commuted into the city from an ethnic enclave in Brooklyn or Queens. Either way, she wore a scarf over her hair to protect her roller set and was totally ready to fight you for a seat on the train. She received a pass for her fur coat in the same way people afford their grandparents passes for racism, sexism, or homophobia. She was just “from a different time”. 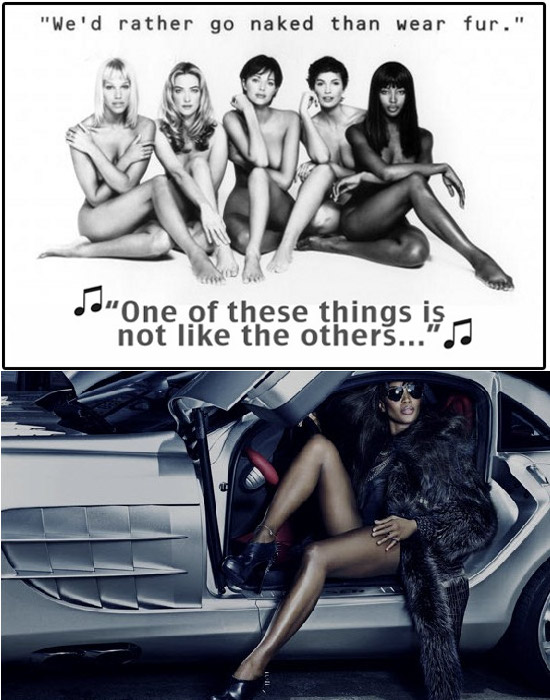 Fur coats were often seen as the tacky outerwear of choice for rappers and mob wives. I can recall suggesting a bright fur piece to an editor I was assisting whilst helping pull together looks for a project. She immediately wrinkled her nose and quipped: “This looks like something Lil’ Kim or A Russian prostitute would wear”. True Story.

Like all trends, fur has cycled back into popularity. Fur went from downtown to back uptown to the runways, to the streets to Rihanna. 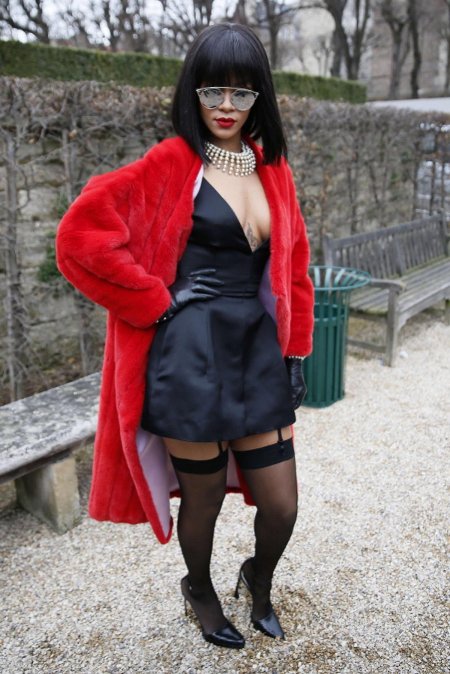 Rihanna At Dior During Paris Fashion Week in February 2014.

It seems that not much has changed in terms how or where fur is being produced. China still controls much of the world’s fur production in a largely unregulated manner and there is little talk of ethical fur production, if such a thing is even possible. An industry which relied largely on the European market to keep it afloat is now back in the U.S. in a big way. So many notable figures are rocking pelts that PETA can barely keep up with it’s usual public shaming, and has basically shifted its animal rights efforts to bothering Michael Vick via Twitter.

“I only buy vintage fur” used to be a safe escape from fur debates. But it’s clear that the interest in vintage pieces had a hand in driving customer demand for new pieces. And while fur is hardly the only unethical product in the fashion industry, its recent explosion in popularity proves that trendiness and not ethics was what was actually affecting fur sales. I can admit to being guilty of apathy when it comes to fur. But now I’m bracing for another fur backlash and I hope it comes soon.