‘How To Get Away With Murder’s’ Aja Naomi King Features in a Breakout Role in ‘The Birth of a Nation.’ 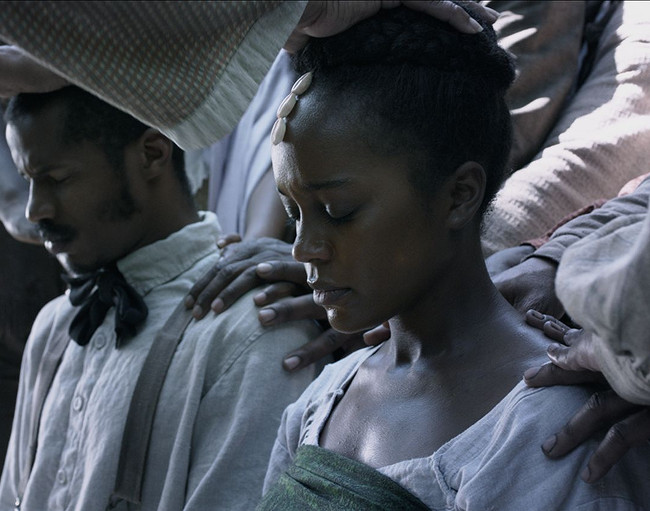 Actor and filmmaker Nate Parker’s forthcoming film The Birth of a Nation is already a runaway hit, following an impressive sweep at the Sundance film festival. The film, which tells the story of Nat Turner, a former slave who leads a liberation movement in 1831, recently broke the record for the highest film sale at Sundance.


The Birth of a Nation is also a breakout role for “How To Get Away With Murder” star Aja Naomi King, who plays one of the few women in film. King plays Cherry, a female slave who we meet early on the film during a poignant scene. In the rather disturbing scene, Nat Turner convinces his owner (played by Armie Hammer) to purchase Cherry as a gift for his sister. Even though there isn’t much dialogue spoke, we see the relationship between Nat Turner and Cherry evolve into a strong and lasting bond.

King recently shared how she became involved in the picture,

I saw the title, I was like, “What is this?!” Then I read what it was going to be about and I was like, That is amazing. What a great opportunity to take back that title and to give the story of the true birth of this nation. Before auditions, Nate wanted to talk with me on Skype, to have a conversation about the character and give me some advice about how to approach it, which was really wonderful. You don’t really get the opportunity to workshop your audition with the person casting it. Even through the computer, I was able to recognize immediately that there was something very special about this man that made me extremely eager to work with him.