“In America, You Are Black, Baby.” Musings on Chimamanda Adichie. Part 1. 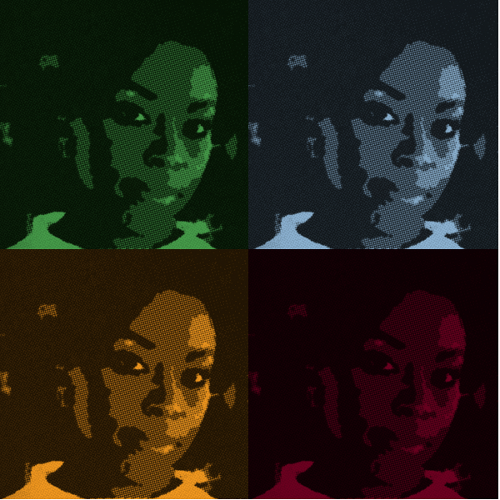 “Dear Non-American Black, when you make the choice to come to America, you become black. Stop arguing. Stop saying I’m Jamaican or I’m Ghanaian. America doesn’t care. So what if you weren’t “black” in your country? You’re in America now.”


It’s Christmas. I not too long ago got home after a day filled with good company, delicious food and a house full of kids (lawd I ain’t ready for mine yet!). My family and I spent our Christmas with our dear family friends who we’ve known since our days back in Jamaica. Our friends so happen to come from a racially mixed background. We chatted about everything–from our common love of travel and other cultures to issues surrounding race today. Issues like how my friend was perceived when she traveled to Guadalajara, Mexico doing work there for a study abroad program she started at the university where she teaches. This friend is also a nurse. While in Mexico she observed how only white people were perceived as “American.” To them she was not “American” she was from Africa–she was “morena”or “Africana”. Uhh, interesting. We talked about how in our home country of Jamaica there isn’t a fixation on your race per se (Jamaica is actually quite racially diverse: Asian, White, and Indian minorities) as it is in America but colorism is still rampant amongst some Jamaicans and well some in the black community till this day. How the administrator at my friend’s children’s school freaked when she chose not to check that dreaded box when filling out paperwork for her kids–you know the one that’s especially complicated for people who have a little bit of everything in them (please check one: (AI-American Indian/Alaska Native, AS-Asian, BL-Black/African American, HP- Hispanic or Latino or Spanish Origin, WH-White.) The indignant and overtly insensitive lady spewing, “Well if you don’t choose, we’ll have to look at your children and choose for ourselves.” Again, interesting. After such a day, it seemed fitting to just completely lose myself in Chimamanda Adichie’s book Americanah . Below, you’ll enjoy one of many excerpts written by the main character, Ifemelu, where she blogs about her observations on race. 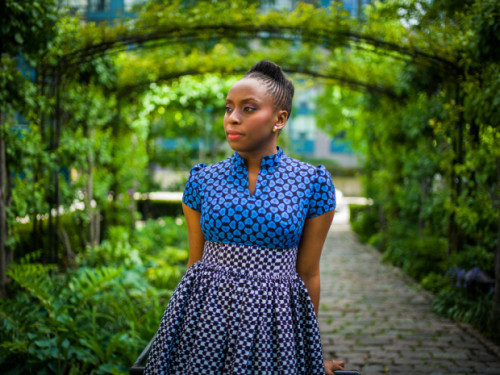 To My Fellow Non-American Blacks: In America, You Are Black, Baby

Dear Non-American Black, when you make the choice to come to America, you become black. Stop arguing. Stop saying I’m Jamaican or I’m Ghanaian. America doesn’t care. So what if you weren’t “black” in your country? You’re in America now. We all have our moments of initiation into the Society of Former Negroes. Mine was in a class in undergrad when I was asked to give the black perspective, only I had no idea what that was. So I just made something up. And admit it–you say “I’m not black” only because you know black is at the bottom of America’s race ladder. And you want none of that. Don’t deny now. What if being black had all the privileges of being white? Would you still say “Don’t call me black, I’m from Trinidad”? I didn’t think so. So you’re black, baby. And here’s the deal with becoming black: You must show that you are offended when such words as “watermelon” or “tar baby” are used in jokes, even if you don’t know what the hell is being talked about–and since you are a Non-American Black, the chances are that you won’t know. (In undergrad a white classmate asks if I like watermelon, I say yes, and another classmate says, Oh my God that is so racist, and I’m confused. “Wait, how?”) You must nod back when a black person nods at you in a heavily white area. It is called the black nod. It is a way for the black people to say “You are not alone, I am here too.” In describing black women you admire, always use the word “STRONG” because that is what black women are supposed to be in America. If you are a woman, please do not speak your mind as you are used to doing in your country. Because in America, strong-minded black women are SCARY. And if you are a man, be hyper-mellow, never get so excited, or somebody will worry that you’re about to pull a gun. When you watch television and hear that a “racist slur” was used, you must immediately become offended. Even though you are thinking “But why won’t they tell me exactly what was said?” Even though you would like to be able to decide for yourself how offended to be, or whether to be offended at all, you must nevertheless be very offended.

When a crime is reported, pray that it was not committed by a black person, and if it turns out to have been committed by a black person, stay well away from the crime area for weeks, or you might be stopped for fitting the profile. If a black cashier gives poor service to the non black person in front of you, compliment that person’s shoes or something, to make up for the bad service, because you’re just as guilty for the cashier’s crimes. If you are in an Ivy League college and a Young Republican tells you that you got in only because of Affirmative Action, do not whip out your perfect grades from high school. Instead, gently point out that the biggest beneficiaries of Affirmative Action are white women. If you go to eat in a restaurant, please tip generously. Otherwise the next black person who comes in will get awful service, because waiters groan when they get a black table. You see, black people have a gene that makes them not tip, so please overpower that gene. If you’re telling a non-black person about something racist that happened to you, make sure you are not bitter. Don’t complain. Be forgiving. If possible, make it funny. Most of all, do not be angry. Black people are not supposed to be angry about racism. Otherwise you get no sympathy. This applies only for white liberals, by the way. Don’t even bother telling a white conservative about anything racist that happened to you. Because the conservative will tell you that you are the real racist and your mouth will hang open in confusion.

More musings from Adichie to come.