Interviews. Filmmaker Tayarisha Poe and Why Black Millennials are Taking a DIY Approach to Telling Their Stories.

(A Photography Still From Selah, and the Spades by Tayarisha Poe.)

Whither the black Millennial? In a culture that is constantly searching for “the next big thing,” or the next “voice of generation,” the voices and faces of black Millennials are still largely absent in “mainstream” media. Millennials, once derided for navel-gazing narratives, are now being hailed as the new guard in the face of politics, feminism, and social justice. Even critiques, which paint Millennials as self-obsessed, privileged, and whiny, ignore how some Millennial stories exist at the intersection of race, class, gender, and sexuality.


Black stories on film and television that make their way to major media platforms often focus on historical narratives, ensemble casts centered around families, or older protagonists, with younger characters being merely tangential or used for comic relief. These stories are also usually created and written by filmmakers with a proven track record, who may lack the perspective to depict the stories of a generation that they might not connect with. The lack of risk-taking when it comes to which black-oriented projects are funded and supported renders black Millennial creatives invisible.

For many young people of color, social media is a vital way to share information, and find like-minded individuals. For Millennial creatives without access to major platforms or funding, social media can serve as fundraising, marketing, and advertising — which is a big deal to young filmmakers with limited access to funding.

The ongoing support of projects like filmmaker Justin Simien’s Dear White People, one of the most successful crowdfunded films to date, is proof of the power of social media.

We recently shared the work of filmmaker Tayarisha Poe, a 24 year-old filmmaker an photographer from Philadelphia, whose unique film project Selah, and The Spades, depicts a young black girl dealing with social dramas and self-realization in her small town. The multimedia film project incorporates social media and photography in it’s presentation.

Selah, and The Spades has been spreading rapidly on Tumblr, Twitter, and Facebook, to much positive reception. Poe was able to create the project after receiving an Art and Change grant from the Leeway Foundation, which covered production costs and allowed her to compensate the team she worked with. We decided to chat with Poe about the film, how it came to be, and what it’s like being a young, black, female, indie filmmaker. 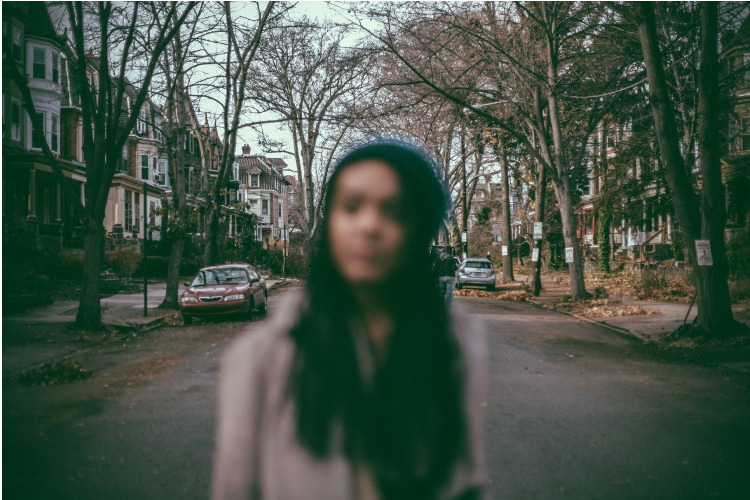 (A Photography Still From Selah, and the Spades by Tayarisha Poe.)

SS: Did you attend university for filmmaking? If so which one? What other training/apprenticeships have you received in the fields of filmmaking and photography?

Tayarisha: so, I went to Swarthmore College intending to study sociology/anthropology but quickly turned to Film and Literature instead. I watched a lot of stuff and read a lot more and perhaps what helped me most (other than one or two dope AF professors) was the understanding that just because something is a classic doesn’t mean that it’s good, and quite frankly, you never have to like it. It doesn’t have to be a classic for you. In film studies, you will watch Citizen Kane until Orson’s beautiful face makes you sick, but you never have to like it.

When did you first get the idea to make Selah, and the Spades? How did you choose the film’s unique format?

I first got the idea around the end of 2012, beginning of 2013. I’d been working in a place with a lot of artificial light and one particularly draining dark winter evening on the train ride home I started furiously writing the prologue off the top of my head on my phone. Everything I’ve written since then, as it says in the project’s abstract, has been scratch paper for the feature film. Since I wrote it in this fragmented way, showing it through different mediums made the most sense to me. I’m in love with multi media stories — have been forever. I don’t like having to choose which artistic sense to focus on, they’re all so intertwined!

How long did it take to make Selah, and the Spades?

About a year to write, shoot, reshoot, and edit everything off and on.

You describe Selah, and the Spades, as an overture, does this mean we’ll be seeing another version of this project in the future?

yeah! Since releasing the overture I’ve been hustling to set the feature film in motion. The crew is basically set and now we’re working on money. It will hopefully end up being a combination of investors, grants, and crowd funding. Luckily, we’re all micro-budget people, so we’re excited and ready no matter what. I do plan on keeping the mixed media aspect alive in the feature film, so keep an eye out for that.

What do you consider to be one of the biggest challenges for young black filmmakers today?

Um, probably the living and operating in a racist and sexist society part. But man oh man does that just make me want to tell more stories and tell them well. If you ever find yourself down in the doldrums walking around with a rain cloud installed over your head, just remember that you come from a long line of cooler than cool that has created beauty in the face of the ugliest of ugly human behavior. How can that not make you want to continue on?

What do you think would help improve representation for young black talent?

I think that as more of us actively stop pursuing seats at the tables of ‘success’ that are already in place, and instead work on building new tables with more chairs and more food, that’s when we will see lasting improvement in representation for all. Tables built on ideas of intersectionality and fluidity, tables that are prepared to change.

It seems that most of the media that has come out over the past few years that portrays black Millennials are indie projects. Why do you think that is?

Hollywood has its hands busy with another Marvel movie starring 23 different smarmy and rugged white dudes.

Do you think that social media and digital distribution avenues such as Vimeo help young black filmmakers and creators tell their stories?

I love VOD, partially cause it means seeing new stuff without having to put on shoes, but also because it means the chance for new people to break out into the world. What VOD currently lacks, in my opinion, is the feeling of a real experience, something to separate it from all the other things we use our devices to do. Something to make it feel as magical as sitting in a large theater looking up at a massive screen. I think the change is coming though.

Can you name some filmmakers and artists who inspire you?

Honestly, more than filmmakers, more than visual artists, my work is heavily influenced by writers. Junot Diaz, James Baldwin, Zora Neale Hurston, Maud Martha by Gwendolyn Brooks, Helen Oyeyemi, White Boy Shuffle by Paul Beatty, David Mitchell, Oreo by Fran Ross, those Chrestomanci books by DW Jones, Low Men in Yellow Coats by Stephen King… BUT, these films will influence me forever, no matter who tells me they’re bad or good: Joven y Alocada, Lucky Number Slevin, Malcolm X, Battlestar Galactica, City of God, Lady in the Water, everything by Rian Johnson, Snowpiercer, City of God…I like art that is overflowing with story, stuffed to the brim with things happening. I like for dialogue to be unimportant and uninformative but to just be there.

Can you name any artists or actors you would like to collaborate with in the future?

What is one way we can support indie black filmmakers?

Social media is a gift, use it wisely to share the art of your favorite artists. Help to spread it exponentially. If something’s VOD and you can afford to pay for it, pay for it! If you’ve gotta watch it without paying, that’s ok, but then spread it like a sickness if you’ve enjoyed it! 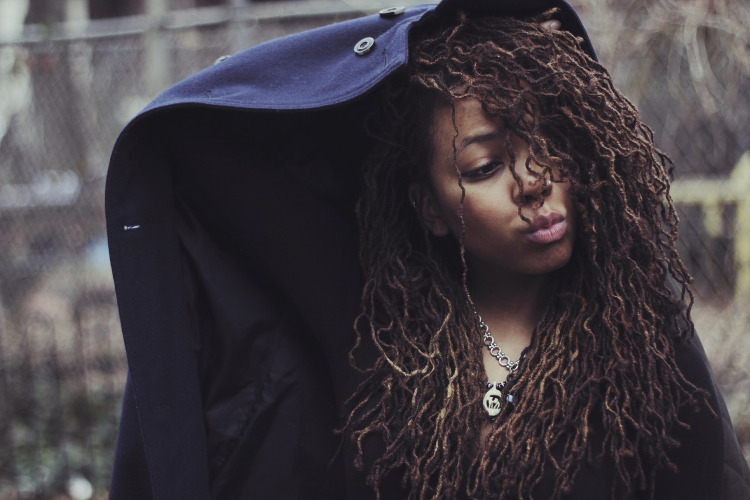