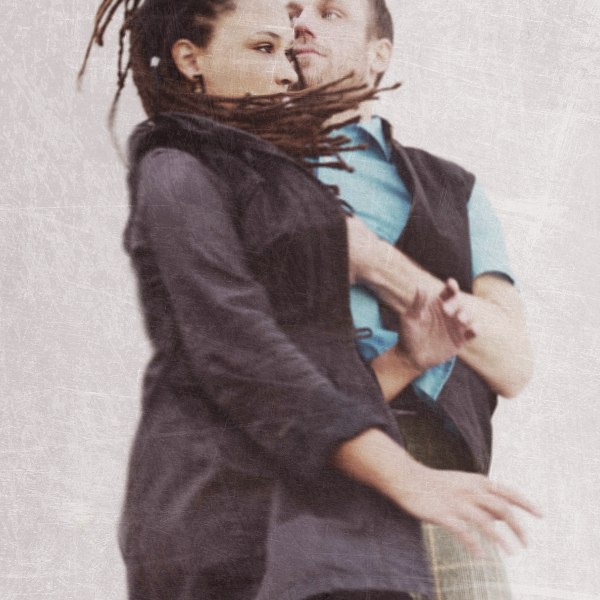 Oh My Goodness is Brooklyn a based duo of self-described “feral Huxtable children” Therese Workman and Tyler Wood. Their sound is a mix of mellow, soulful self-assured vocals, post modern hip-hop, diverse, eclectic, instrumentals and a subtle, slick electronic edge. The band dropped their latest video for “OMG OMG” a few months ago. It’s a high-contrast black and white, visually remixed ride that turns 90’s minimalism on it’s head, and really showcases the signature sound that is Oh My Goodness.

SS: How did you and Tyler first meet? How long have you been working together?
We first met as freshman at Harvard, assigned to clean the same dorm bathrooms for our summer jobs. We reunited in 2010 in Portland, Maine (we’re coincidentally both Maine natives) after connecting on social media and being so excited about each other’s musical projects. We’ve been a band ever since, and are now both living in Brooklyn.

SS: Do you have any artists/musicians you would love to collaborate with?
Reggie Watts and Michel Gondry!

SS: What do you and Tyler like to do when you are not making music or performing?
Therese: I love watching Japanese horror films and underground animations and adding to my collection of folk stories from different cultures.

Tyler: When not making music, I try to connect with the outdoors and all the non-human species that NYC tends to eclipse.
SS: Any upcoming performances or release dates you would like to share with readers?
Keep in touch with us on Facebook and Twitter for the latest on OMG releases! You’ll be able to catch Therese on the upcoming Alias album “Pitch Black Prism” coming out June 24, and Tyler on Glass Ghost’s new album on September 16. We recently dropped by BreakThru TV to do a live studio session, which was incredibly fun.

Listen to This. denitia and sene. ‘Favorite.’

Listen to This. Shaqeyah. ‘Confident.’