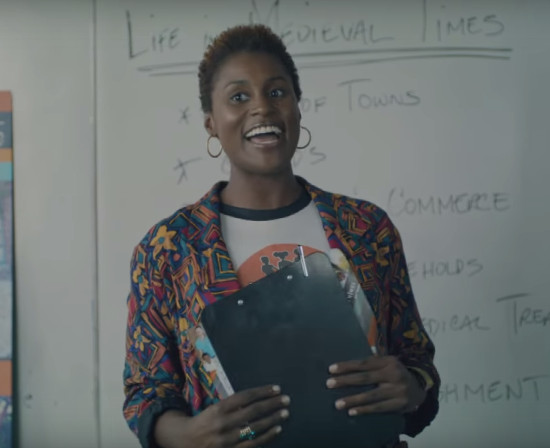 
According to earlier reports, Insecure will focus on “the awkward experiences and racy tribulations of a modern day African-American woman.” Rae stars in the show, alongside comedian Yvonne Orji, who plays her best friend. Melina Matsoukas, who most recently directed Beyoncé’s Formation and Lemonade, directed the pilot.

News first hit about Insecure early last year, confirming that Rae would be writing the series and The Nightly Show’s Larry Wilmore would serve as executive producer.

Subsequent reports made it seem like the show might be floating in limbo given that, according to insiders, HBO is notoriously slow when it comes to bringing its series to fruition. Reports confirming Insecure’s casting, pilot, and a full series order, quickly put many fans’ worst fears to rest, however.

The short trailer gives us a few hints about Issa’s character, as well as what to expect from the show’s first season.