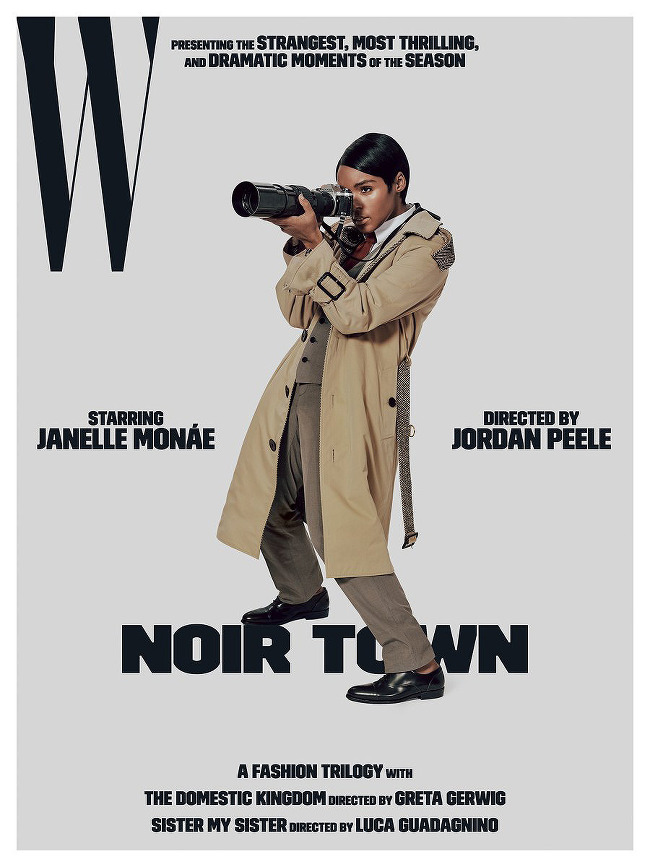 In a series of images for W, directed by Jordan Peele and styled by Sara Moonves Janelle Monaé plays the heroine in a typical — but not so typical mystery film.

Peele tells W, “I wanted to create a Hitchcock moment that doesn’t really exist in a Hitchcock film.”

The scene: A private investigator is standing in a clock tower taking photographs of a parade. She is a woman, played by Janelle Monáe, and she is searching for clues to a murder. As the detective stares through the lens, she begins to realize that one of the bystanders on the ground looks exactly like her. Then she sees another identical face. And another. Suddenly, the sea of potential suspects are visions of herself. Are these women good? Are they evil? And why are these twinlike alter egos haunting her? 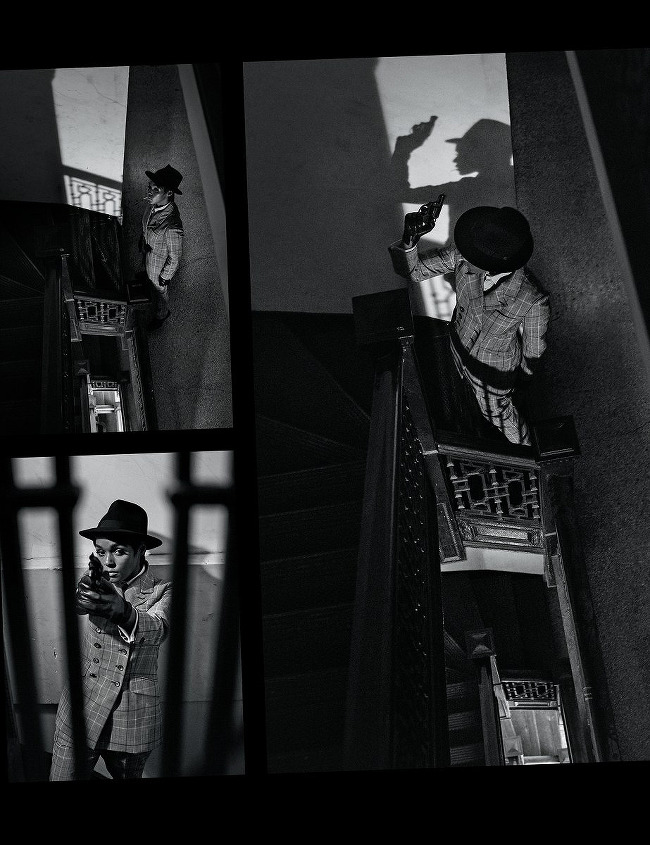 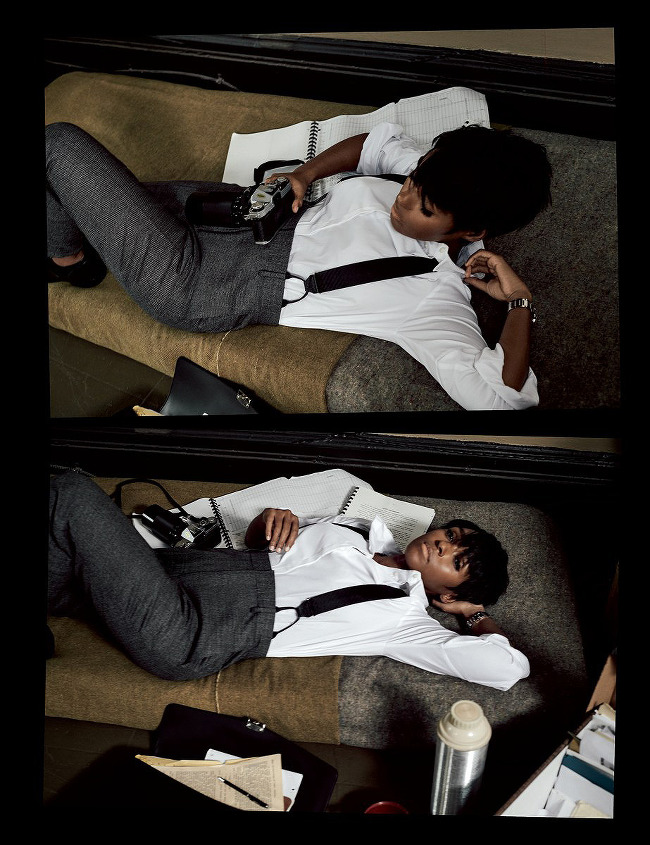 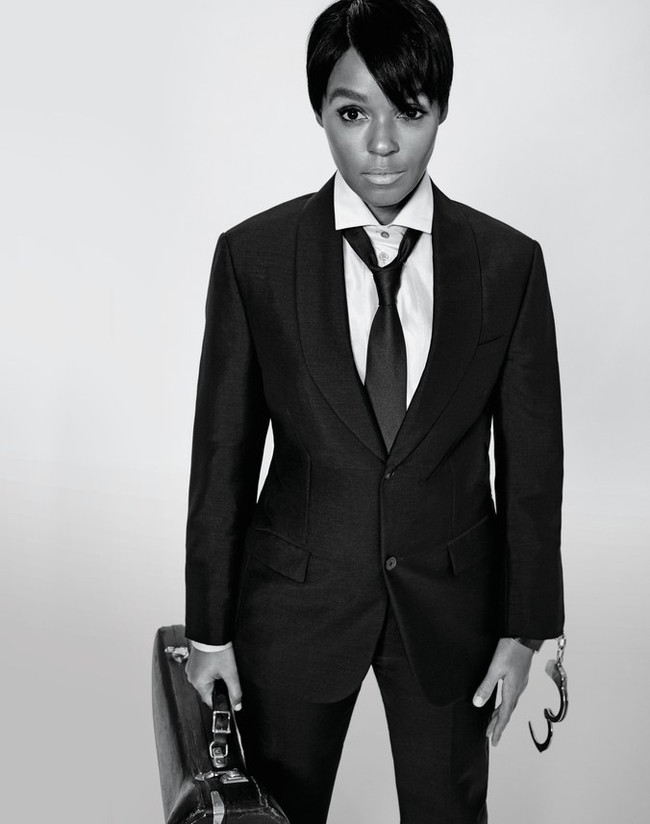