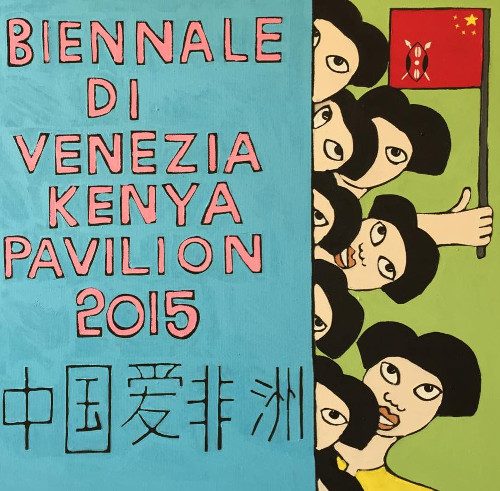 Earlier this month, we wrote about the unusual case of the Kenyan Pavilion at this year’s Venice Biennale, the premiere international art fair.


This year’s Kenyan pavilion is being curated by two Italians, Paola Poponi and Sandro Orlandi Stagl, and only two out of the 12 artists showing are Kenyan-born. Yvonne Apiyo Braendle-Amolo, who is not based in the country, is the only artist showing in the group who has Kenyan ancestry.

After outcry from Kenyan artists and the international art community, the Kenyan government has issued a response, disowning the controversial Pavilion. Dr. Hassan Wario Arero, Cabinet Secretary in the Ministry of Sports, Culture and the Arts, read a statement from the government in a press conference at the National Theatre, “The Government of Kenya dissociates itself with this group and strongly condemns their acts of impersonation.” Arero also vowed that the Ministry of Culture will “ensure that no such misrepresentation of Kenyan artists occurs in the future.”

While Kenyan artists were present at the press conference, there appeared to be “minimal press presence,” according to the group that initially petitioned the Kenyan government.