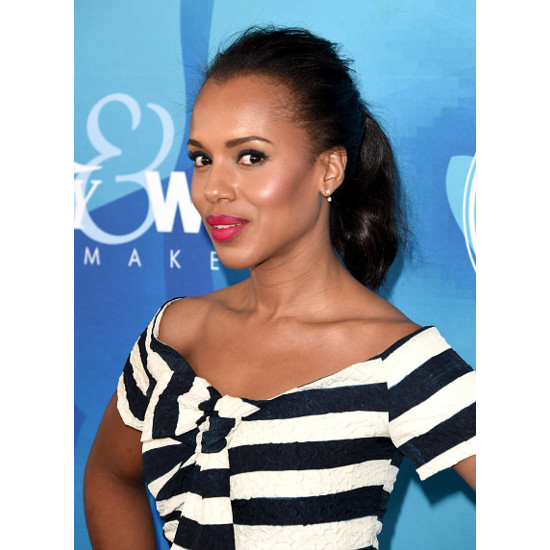 Scandal star Kerry Washington now has another major honor to add to her list of accolades, that includes multiple NAACP Image Awards wins, as well as Emmy and Golden Globe Nominations. Washington was selected as this year’s Hasty Pudding “Woman of the Year.”

The Hasty Pudding Theatricals is a theatrical student society at Harvard University, which was formed in 1795. The organization is known for cross-dressing musical performances, the first of which was peformed in 1844.

According to a press release from Hasty Pudding,

“We are so excited to honor Kerry Washington as the Hasty Pudding Theatricals Woman of the Year and welcome her to Cambridge to celebrate her many achievements. Kerry is an amazing actress with many fans in the company, and the perfect choice for this honor… But we also feel a bit nervous as we set out to coordinate a perfect event for legendary PR whiz Olivia Pope!” said Kennedy Edmonds ’17, HPT168 Producer. “If Kerry is anything like her on-screen character, she may turn the tables on us during her roast!” added Bobby Fitzpatrick ’16, President of the Hasty Pudding Theatricals.

Washington will be feted on January 28 at Harvard with a parade and celebratory roast. She returns to television, in Scandal, on February 11. Washington is also set to star as Anita Hill in the upcoming HBO production “Confirmation.”