Lineisy Montero and Selena Forrest are 2 of Fashion Month’s Most Booked Models. 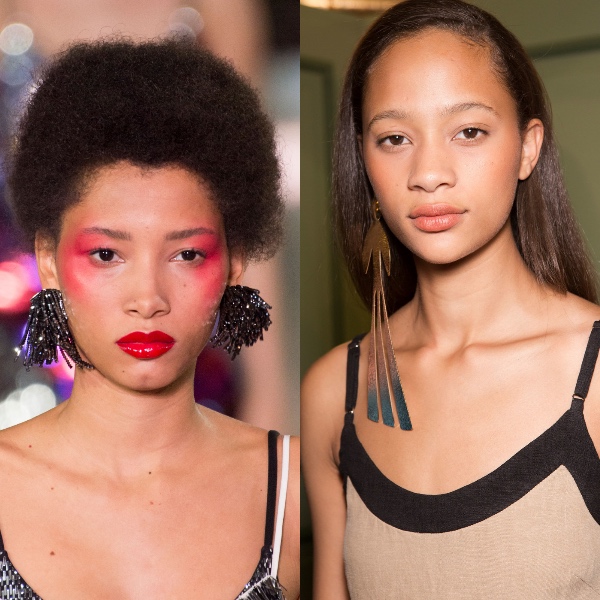 As the fashion industry continues to struggle with diversity, for the Spring/Summer 2017 season, women of African descent accounted for 2 of the top 5 most booked models during Fashion Month.

Newcomer and Louisiana native Selena Forrest tops the list with 52 shows booked, 4 opened, and 2 closed, while Dominican-born Lineisy Montero tops the booking list for the second year in a row, 51 shows booked 2 opened and 3 closed. Montero walked a whopping 68 shows for the Spring/Summer 2016 season.

Montero, who has also featured in a slew of fashion editorials over the past year, also made waves because of her medium-short afro. Up until recently, long straight weaves and super short crops were the standard for top black models, with little in between.

“I didn’t expect this impact, I am just Lineisy Montero, a young girl from Santo Domingo. My hair has never been a question, it’s always been natural,” said Montero. “I didn’t do anything special except walking in the shows. I see now that is a big thing for the fashion industry so I am of proud of it. If it changes the mentality in the business for models like me I would be very happy.”

Forrest also touched on the issue of diversity in a recent interview with New York Magazine’s The Cut.

Still despite the success of Montero, Forrest and many other up-and-coming models of color, the industry still has a long way to go. Hopefully this top booking trend becomes the norm.