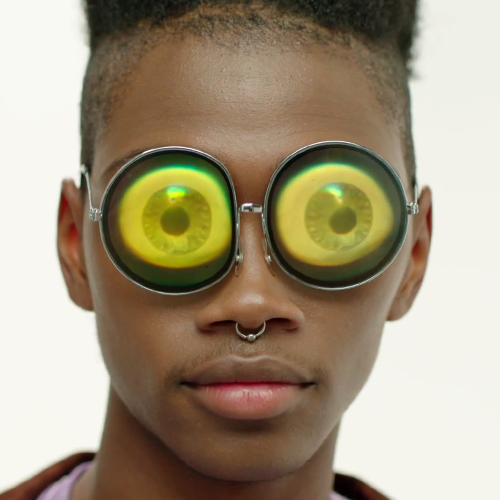 As 2014 comes nearer to a close, Shamir Bailey has been building quite a bit of “Next Big Thing” buzz. The 20 year-old Las Vegas native is a self-described “musician, comedian, singer, rapper, twerker, chef, writer, filmmaker…” — but his music alone artfully demonstrates his multifaceted talents. Bailey, who counts Michael Jackson and Prince, among others, as influences has a sound that mixes 80’s dance synth with urban grit, a melding of genres that has drawn comparisons to Azealia Banks. His distinctive countertenor singing voice is often described as androgynous, but Shamir, while he doesn’t mind that description states that his voice “not feminine, it’s not masculine. It’s a happy medium … I feel like if the world was more like that, our problems would be gone.” Listen to his Northtown EP, released earlier this year.