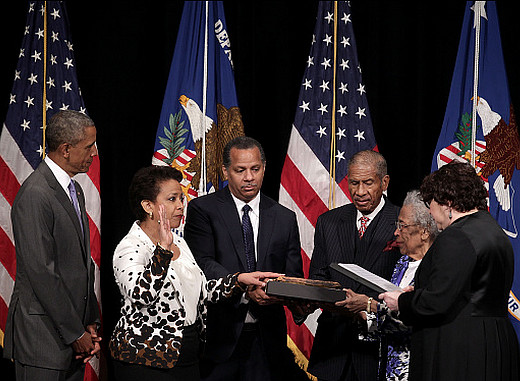 On Wednesday, Loretta Lynch was sworn into office as the 83rd United States Attorney General, officially making her the first black woman to hold the position. Lynch, who was joined by President Obama, alongside her husband and parents.


According to the Justice Department, the bible used to swear in Loretta Lynch, once belonged to Frederick Douglass. It was presented to Douglass in 1889 by the Metropolitan African Methodist Episcopal Church in Washington, D.C before he made a trip to Haiti, where he would be serving as U.S. Minister and Consul General in country.