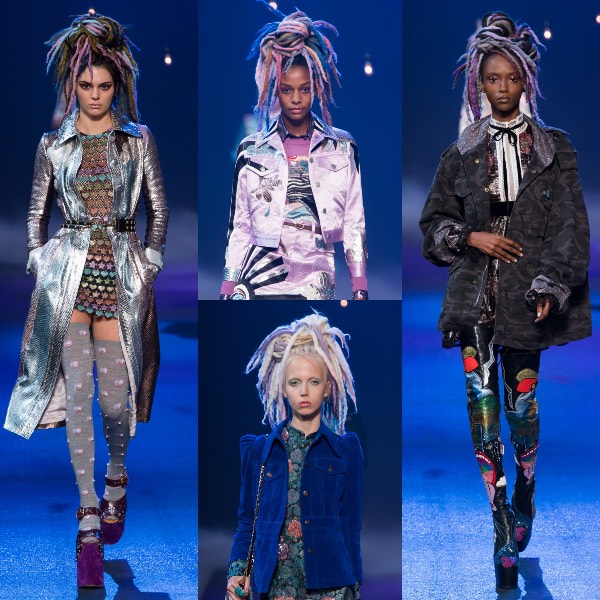 After holding his Spring/Summer 2017 show yesterday, Marc Jacobs quickly started trending on social media, and not for a particularly positive reason.

Several Twitter users felt that the colorful locs worn by the models in Jacobs’ were a textbook case of cultural appropriation.

@marcjacobs So, I guess this means POC can wear our locs freely now and not be blocked from a promotion or job in general?

When asked about the politics behind the hairstyle, Guido Palau, the veteran stylist behind the look, had this to say:

“I don’t really think about that. I take inspiration from every culture. Style comes from clashing things. It’s always been there — if you’re creative, if you make food, music, and fashion, whatever, you’re inspired by everything. It’s not homogeneous. Different cultures mix all the time. You see it on the street. People don’t dress head-to-toe in just one way.”

Model Riley Montana, who is African-American offered a similar response.

Marc Jacobs, himself, went in a completely different direction and issued a pretty ridiculous response, via an Instagram comment:

Of course we should all know by now that declaring that you “don’t see color” is basically the mother of all tone deaf comments. Since then, Jacobs, who is still trending as of this post, hasn’t issued any clarification. At this point, what more could possibly be said?