Angelica Sweeting is the founder and creator of Naturally Perfect Dolls. The 27-year-old mom of 2 was inspired to create a doll with natural hair after she realized that her older daughter, Sophia, was already struggling with body image at the age of 3. 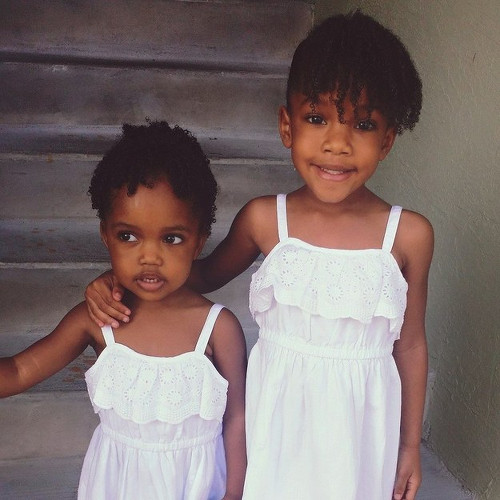 After eight months of planning and testing she created The Angelica Doll, a highly detailed doll with facial features and hair that her young daughters could relate to. In the process of creating The Angelica Doll, Angelica Sweeting came to many realizations about how she perceived her own features.

As I began to develop The Angelica Doll and give serious thought to the things I wanted to do for young girls, I realized that I had been influenced by society’s standard of beauty for as long as I could remember. Here I am – 27 years old, and I am honestly just beginning to walk into who I am, my natural beauty. I want this to happen earlier, not only for my daughters but for your daughter, your niece, your sister, and for all young girls around the world. I want this to happen for all the young girls who never felt pretty enough because of their kinks, curls, wider noses or fuller lips.

Sweeting launched a Kickstarter page in order to raise the funds needed to take her business to the next level. The campaign has since gone viral and surpassed its funding goals, but its still open to even more contributors.