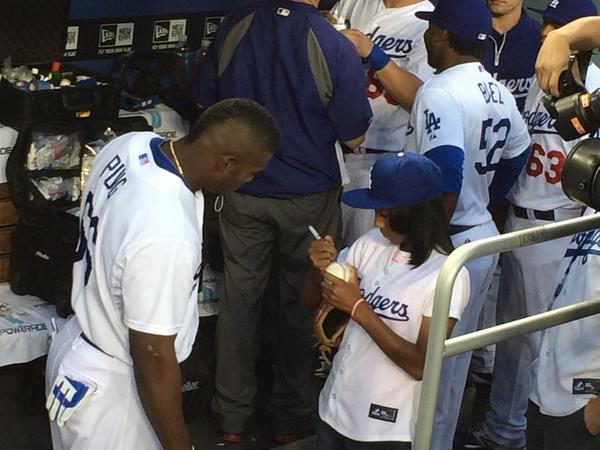 13 year-old baseball powerhouse Mo’ne Davis got a taste of the big leagues last night when she threw out the first pitch for yesterday’s game, and killed it. Mo’ne also got to meet the players, or should we say — the players got to meet her.

When Mo'ne Davis throws a first pitch, you know it's gonna be a strike. http://t.co/PnDwt32KhP http://t.co/I5by8fP69H

Boys Wear Pink in Solidarity After Being Disqualified From Tournament For Having a Female Teammate.