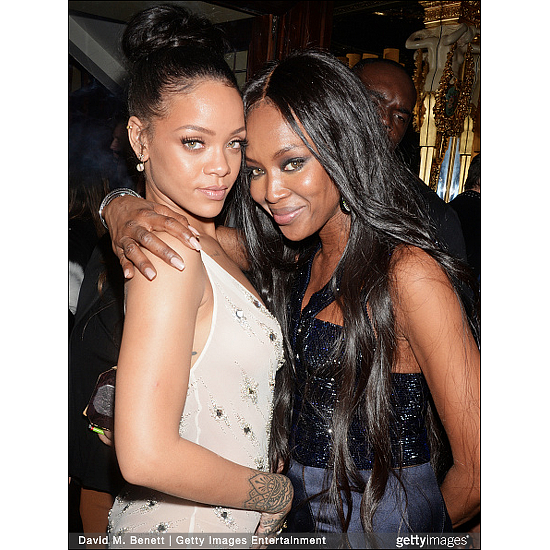 Rumors have been swirling about, earlier this morning, that Burberry models Naomi Campbell and Cara Delevingne got into an all-out brawl at a party for Garage Magazine in Paris. There was even — “weave pulling.”


According to Page Six,

A separate source said Naomi, 44, unexpectedly started ranting at Cara, 22, at the glamorous bash, with guests including Bianca Brandolini and Lauren Santo Domingo. The source said, “It was a noisy and packed party. Naomi was saying all these nonsensical things, she was ranting. There was a messy pushing match. Cara didn’t understand because there’s no problem between her and Rihanna. Cara didn’t want to be involved and was telling Naomi, ‘Get away from me!’ ”

While news outlets are obviously salivating over another “violent Naomi” story, the model took to twitter to deny the rumors. The statement was also retweeted by Delevingne, which we’ll take as a co-sign.

Don’t know where this story has come from about @Caradelevingne and I fighting! It is completely untrue, ignore the rumours XN