New Documentary “Out In The Night” Tells The Story of 4 Black Queer Women Who Became Criminals For Defending Themselves From Street Harassment. 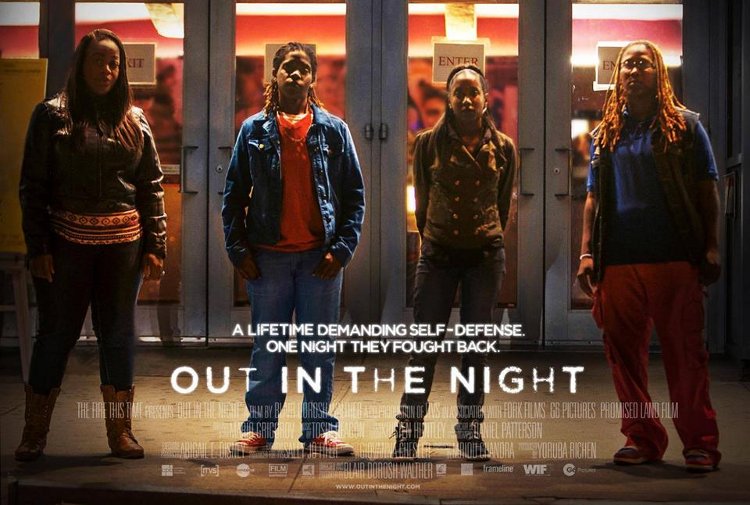 One fateful night in August of 2006, Patreese Johnson, 19, Venice Brown, 18, Renata Hill, 24, Chenese Loyal, 19, Lania Daniels, 21, Khamysha Coates, 31, and Terrain Dandridge, 19 were street harassed in the West Village. While sadly, street harassment, is common in New York City, especially for black women, this situation escalated and became violent. The young women were followed, threatened with homophobic slurs and assaulted by their harasser after rejecting his advances. They fought back, defending themselves, setting off a chain of events surrounded by warped press coverage and a trial that eventually landed 4 of the women in prison.


The ensuing press coverage of the incident was heavily biased, with many news outlets using the word “gang” to refer to the group of friends. And others claiming that their harasser was simply “trying to say hello”.

‘Out In The Night”, a new documentary directed and written by blair doroshwalther, allows the young women to tell their side of the story. The documentary also delves deeper into what a victim looks like, by considering how sexual orientation, race and class affect how victims are treated.

According to the documentary’s creators,

OUT IN THE NIGHT follows their journey to Rikers Island, to the courtroom, and through slanderous media coverage that labeled them a “Wolfpack” and “Lesbian Gang”. While exploring the fight from all sides through the security camera footage that captured it, that hot August night in 2006 can be seen from many perspectives. But our film’s purpose is to examine the events after the fight: biased media coverage likening the women to “man-hating” animals, and unprecedentedly harsh sentencing by the court.

“Out In The Night” recently premiered at the Los Angeles Film Festival and will be screened at limited venues in New York and San Francisco. Watch a trailer below, for more info go here.