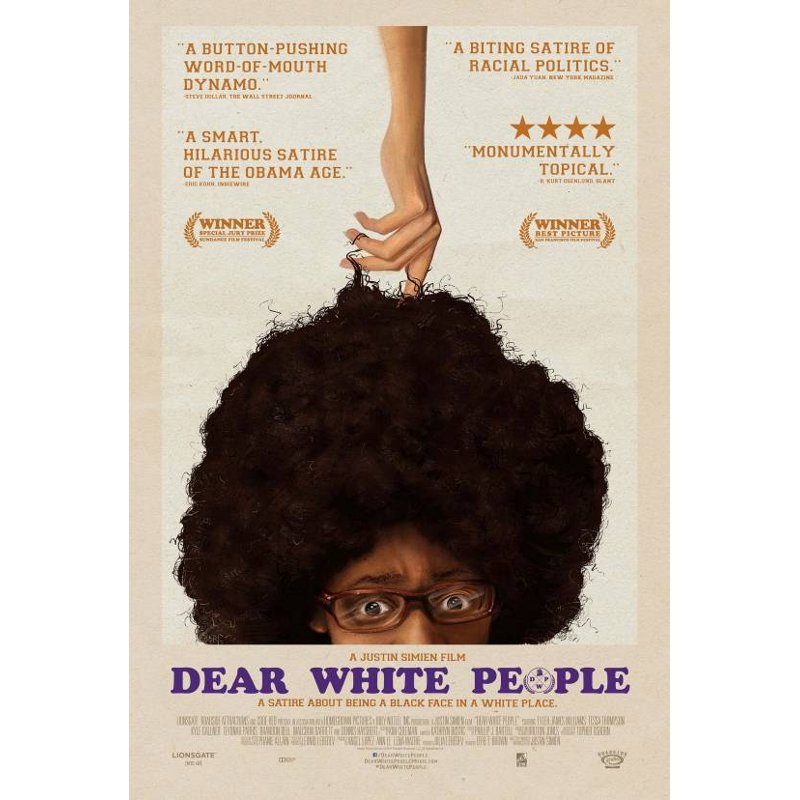 This official poster for the upcoming film “Dear White People” is brought to you by artist and Texas native Nikkolas Smith. According to Vulture, Smith was inspired to draw the design after seeing the film over the summer.


“As a young black male who grew up in suburban Houston,” Smith told Vulture, “Dear White People is the movie I wish I had with me at all times to show to every person that threw stereotypes my way.”

Smith mocked up a poster centered on one of the movie’s four leads, gay nerd Lionel, who has to endure having his hair poked and prodded by curious white people on the daily. “Been there, felt that!” said Smith. “I knew if I could capture that ‘gravitational pull’ moment in one shot, it could be equally hilarious.” Encouraged by his friends, Smith then sent his poster to Dear White People writer-director Justin Simien, who loved it; distributor Roadside Attractions agreed, and the image eventually became the film’s official one-sheet in advance of its opening October 17.

The striking poster artfully conveys the “under-a-microscope” feeling that many a minority has endured. Nikkolas Smith describes having his work selected for such a major project “literally a dream come true”. Hopefully we’ll see more work from this talented, young artist in the future.