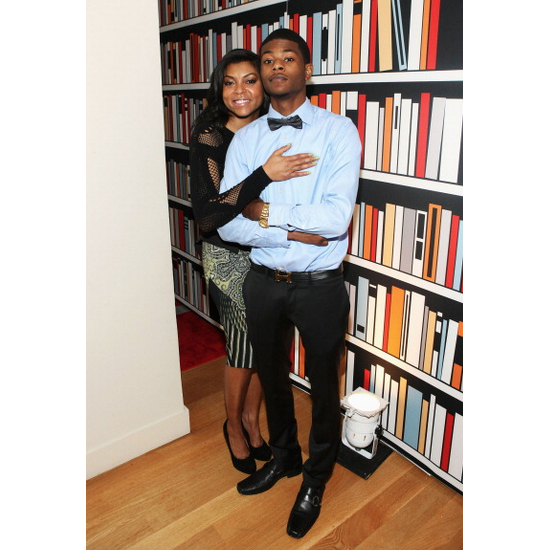 Last week a quote from an interview Taraji P. Henson did with Uptown Magazine starting circulating,

“My child has been racially profiled. He was in Glendale, California and did exactly everything the cops told him to do, including letting them illegally search his car. It was bogus because they didn’t give him the ticket for what he was pulled over for. Then he’s at University of Southern California, the school that I was going to transfer him to, when police stopped him for having his hands in his pockets. So guess where he’s going? Howard University. I’m not paying $50K so I can’t sleep at night wondering is this the night my son is getting racially profiled on campus.”

When news of the incident hit USC, the schools Department of Public Safety Director, John Thomas, issued a statement vowing to look into the situation. Soon after, a video was released by Glendale police, which appeared to contradict Henson’s claims. The actress soon issued an apology on her social media pages.

Harlem’s Only Black LGBT Church Searches for a Home

Rivers of Living Water has become a place of refuge for African-American LGBT Christians, but it’s a church without a home.

The Harlem church declares itself “radically inclusive and open and affirming” of the LGBT community, and the majority of its congregation, along with its entire ministry, is LGBT. And unlike the few other Harlem churches that open their doors to gay members, Rivers of Living Water performs same-sex marriage ceremonies.

But embracing the LGBT community has come with a cost: Senior pastor Vanessa Brown says that because black religious organizations largely still condemn homosexuality, she has had trouble finding a proper space for her congregation to worship.

In a needed victory for Jeffrey Katzenberg’s DreamWorks Animation, the music-infused family film topped Friday’s chart with $15.6 million from 3,708 theaters for a projected $55.5 million weekend — the best showing for an original DWA title in recent years and vastly exceeding expectations.

The Victory Fund and Institute has picked Aisha Moodie-Mills — a black woman who has spent the past six years working to get the LGBT community to take diversity issues seriously — as its new president and CEO.

Both within the organization and among leaders of other national LGBT organizations, Moodie-Mills’ presence as a black lesbian stands in contrast to the predominantly white and gay male makeup of these groups.