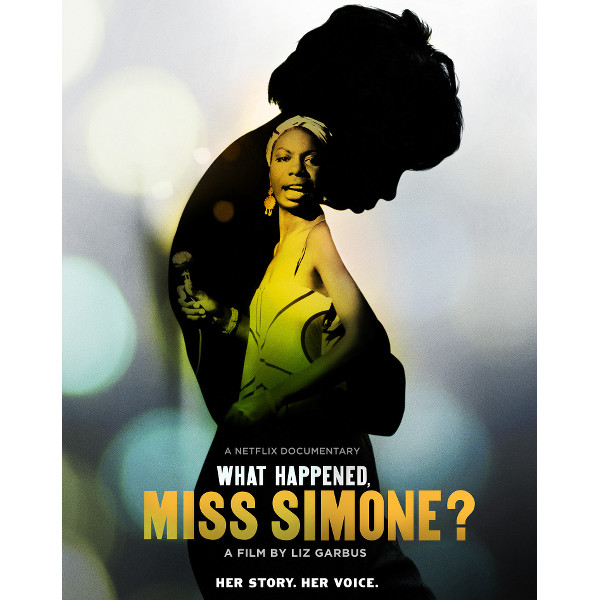 After nearly two years of controversy over the release of an authorized Nina Simone biopic starring actress Zoe Saldana as Nina Simone, fans and supporters of the late great artist were relieved when an authorized documentary project was announced.


What Happened, Miss Simone?, which premiered on Netflix and in select theaters over the weekend, prominently featured original footage of Simone and highlighted her commitment to Civil Rights activism.

Unlike the upcoming film, the documentary, which was directed by Academy Award-nominated filmmaker Liz Garbus, was created in collaboration with Simone’s estate and with input from her daughter Simone Kelly.

Kelly recently expressed her thoughts about the importance of the documentary to The Huffington Post. She was particularly happy that it was able to premiere before the upcoming film.

“It reboots everything to what it’s supposed to be in terms of mom’s journey and mom’s life the way she deserves and the way she wants to be remembered in her own voice on her own terms,” Simone Kelly said during an interview with The Huffington Post. “The rest for me is gravy at this point, because we were able to get our project out first. That’s what’s most important, because this is what people will refer to.”

“I look at all the other projects as keeping my mother’s memory alive. I no longer have to worry or lose sleep over the facts that more misinformation is being shared with the masses that could further distort what my mother’s truth was. That was my biggest thing,” she added.

While Kelly definitely does not approve of the unauthorized film, she also stated that she doesn’t have any more to say about Saldana playing her late mother, but her picks for the role were Kimberly Elise, Viola Davis or Adepero Oduye.

“[…]I don’t want to come down on Zoe any more than I already have,” Simone Kelly told HuffPost. “I love her as an actress. Truly, I do, but not all people are meant to play certain parts. The energy and the name behind this project is Cynthia Mort. She’s the writer, she’s the director, she’s the one who came up with the concept. And she’s the one who set this whole thing in motion. And it has been full of non-truth since its inception. And the addition of Zoe Saldana to the casting — for me — was only a further example of how much this project really just veered away from what the truth was.”

What Happened, Miss Simone? is now streaming on Netflix.