On the Red Carpet. Nicki Minaj, Jaha Dukureh, and Ibtihaj Muhammad Shine at the Time 100 Gala. 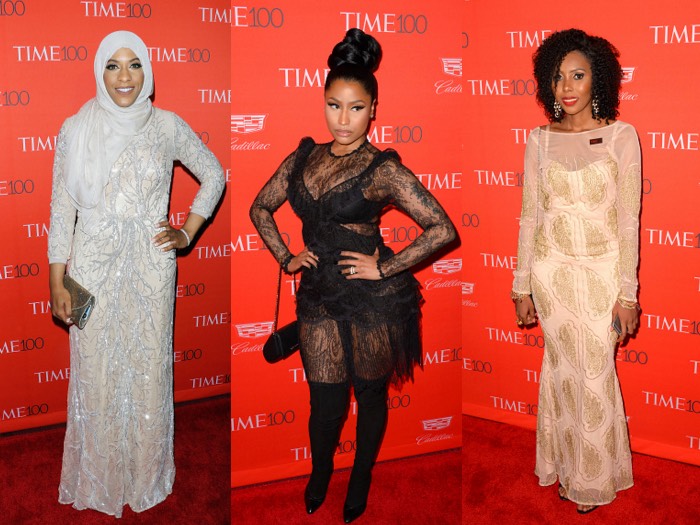 
Minaj, who also covers the accompanying issue of TIME treated fans to a performance at the gala event, which was attended by a bevy of celebrated artists, activists and members of the Hollywood elite.

Muhammad, who also features in the issue, is an Olympic fencer who is set to become the first hijab-wearing athlete to represent the United States.

Dukureh is an outspoken activist who has used her platform to fight against the practice of female genital mutilation.