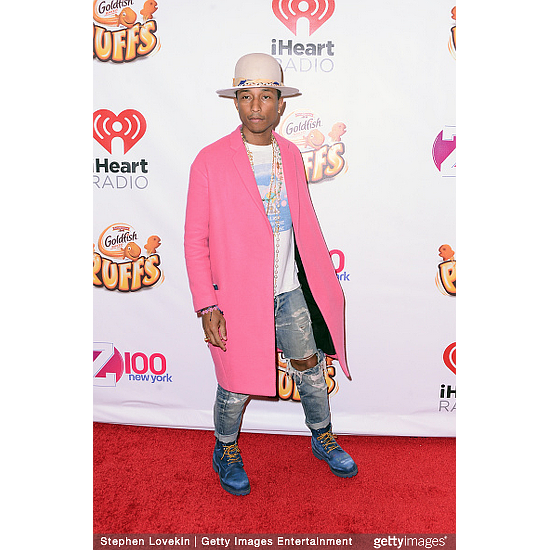 And the 2015 Fashion Icon Award goes to… @pharrell! #CFDAAwards pic.twitter.com/O65PsEJDcg

“If cool was a person, it would be Pharrell, not just for his looks and sense of style but for his kindness and openness. I cannot imagine anyone not seduced by him,” said Diane von Furstenberg, fashion designer and president of the CFDA.

While Pharrell has spotted some pretty interesting looks over the past year, no word yet on how he’ll manage to top the look Rihanna sported at last year’s festivities.