President Obama Took In Some Father-Daughter Time in New York Over the Weekend. 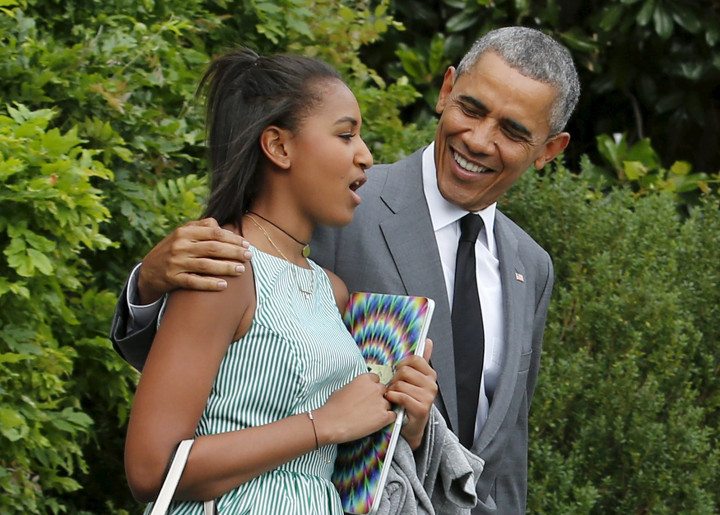 President Obama traveled New York City over the weekend with daughter Sasha, who was also accompanied by friends.


While Michelle stayed back in Washington, the pair took in some father-daughter time. They went out to eat and were joined by Malia for a matinee performance of the hit Broadway Hip-hop musical “Hamilton.” Malia, who is staying in New York City for the summer, is rumored to be interning on the set of HBO’s Girls.

Dad and daughters also went for a stroll in Central park, with a massive audience of excited onlookers watching their every step. The group was joined by the president’s sister, Maya Soetoro-Ng and her husband, Konrad Ng.

President Obama recently spoke about feeling the early pangs of empty-nest syndrome as he proudly watches his daughters grow into independent women.

“They’re hitting the age where they still love me, but they think I’m completely boring. And so they’ll come in, pat me on the head, talk to me for 10 minutes, and then they’re gone all weekend,” the president said in an interview, last month, on WTF with Marc Maron. “They break my heart.”