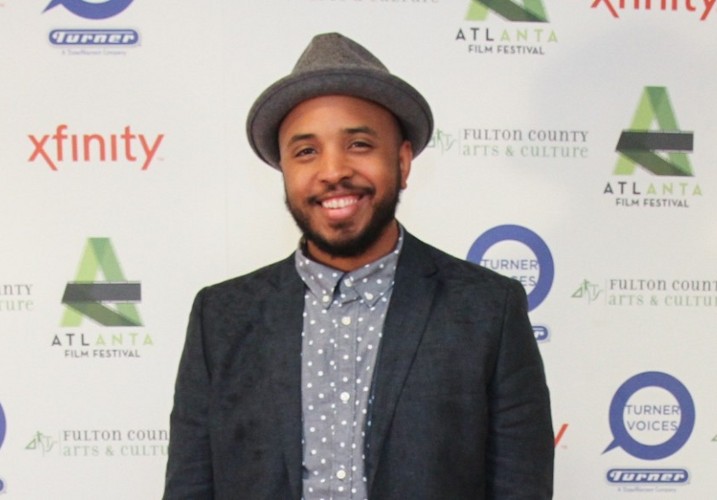 The Atlanta Film Festival wrapped up some weeks ago with “Dear White People” as the closing film. The festival showcased a wide range of films including “Belle”,  “Bobô”, “New Mavericks: Female Directors” among others, but I only had time to catch the clever cultural critique “Dear White People”. To a packed house cinema lovers flocked in droves to catch a glimpse of Justin Simien’s indie smash. I’m refraining from reviewing the film, so I’ll leave the judgement to you all. The filmmaker shared his thoughts after the film in a sometimes hilarious and poignant Q&A.

On the film making process: The making the film has taken eight years. The process started in 2006 when I was just finishing up college at Chapman University. The first draft of the film was finished in 2007 and it was absolutely horrible but I received some help along the way from Lena Waithe and others to make the film into what it is today.

Art reflecting life: All four kids have something about me in them…I tend to tell people I entered college as Lionel (Tyler James Williams) and left as Sam (Tessa Thompson) but the truth is the characters are all just different shades of me…

The storytelling process: I’m a storyteller, I really think I was put on this earth to tell stories. In telling stories I really think it’s about shedding truth on the human condition. For “Dear White People” it’s such a pleasure to sort of show people themselves [black, white, etc]. My job is to tell the truth….I get off on that, if I can tell the truth in some way then it’s a story that I always want to tell.

Shooting Location: We shot the film in Minneapolis at The University of Minnesota. We looked at a few cities but Minneapolis just had the right combination of tax rebate and colleges who were willing to let us film there.

Black LGBT representation: Characters who are black and gay aren’t normally fleshed out and made into real people in black films so I wanted to do that in this film. I decided why don’t I do that with him [Lionel].

The festival circuit: We’ve shown the film five times at Sundance, and a couple times in New York. You never really know what kind of movie you’ve made until you screen it for an audience. The audience at Sundance was a lot different from the audience here in Atlanta. There was a Salt Lake City screening and I was like damn there are four black people here [all around laughter], I was thinking, guys there might be a riot.

Reactions to the film: So Sundance is a majority white audience. I think people had certain ideas prior to seeing the film about what it would be like. It blew my mind having these older white women come up to me and say “I’m a Coco” [laughter], I don’t know what I’ll do with that feedback. I’m just happy I made a movie that offends some people [always a mark of a good movie] as well as connect with others that you didn’t expect to.

Living in a “post racial” society: To walk through the world as a minority is a very complicated process, it’s not cut and dry….One of the things I find most interesting about being a black man is that we have so much pressure to be a certain kind of black man. While shopping the film around at various studios, I realized that there are these really specific spots…these stereotypes that they want us to fulfill. It’s unfortunate that it’s so hard to get a film made with quirky, smart people of color.

Thoughts on the push back going around college campuses: It’s a good thing….the black face incidents have become a national phenomenon. I initially had the black face story line in my script, but I took it out because I thought it was so ridiculous. A couple months later it happened on the UC, San Diego’s campus, this really liberal college, so I started to do a lot of research on the issue and found that it was happening everywhere at Yale, Harvard….Initially I suppose the students doing this stuff weren’t dumb enough to put it on Facebook but they’re bold enough to do it now. We would screen the film and two days after, it would happen on a college campus…that whole Julianne Hough situation. If you’re a white kid going to school often times you don’t realize that the minorities around you are having a completely different experience. They’re not getting the full experience of what America is really like, so I think the pushback and dialogue is great!

The Tyler Perry references: No shade, no shade!

Also, check out the series “Twenties,” Justin collaborates on the project with bestie Lena Waithe.