Quick Quotes. Angel Haze on Colorism and Regretting Past Comments. 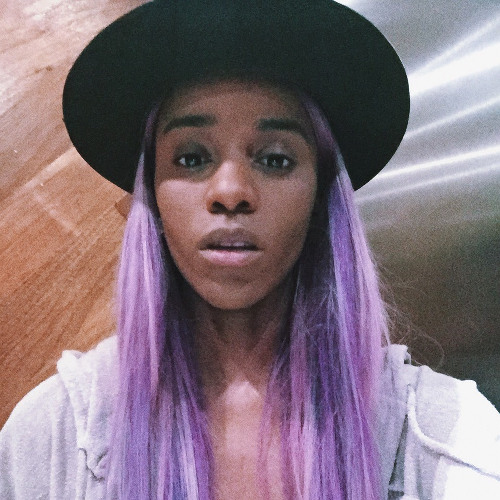 Earlier last month, a fan reached to Angel Haze on Tumblr after the singer posted selfies during Blackout Friday. The fan asked, “Remember when you called Azealia Banks a “charcoal skinned bitch”? To which Haze responded,


yes and i also remember when i apologized for it, reassessed myself and my internalized self hatred, then directed my attention towards the things that matter like uplifting black girls (of all tones), making sure black women feel loved and included, calling out hypocrites/misinformed tumblr activists (like yourself, im sure), and making an actual effort to acknowledge as well change the effects that colorism/racism has had on us all. You know? Things that matter. Making a mistake doesnt make my existence or opinion any less valid when it comes to commending the beauty of everything black. thank you.

The question was a reference to Haze’s 2013 feud with Banks, during which Haze released a diss track and the two rappers traded barbs on Twitter. At one point the rapper stated, “Charcoal skinned bitch. But I’m a chill. I’m out.” And Banks responded, “And now another young black woman is on twitter making fun of my skin color?”

Haze, who recently appeared on an episode of Catfish, which discussed colorism after a “catfish” was revealed to be using pictures of women with lighter complexions than herself to attract men using social media pages. Have also recently talked about colorism and regrettable remarks in an interview with Ebony magazine.

I’ve been always advocating for dark skin girls and women, for brown skin women. For people to understand that colorism is a divider,” they said. “When I made the remark, the next day I realized that I f*cked up. You shouldn’t have said that because at the end of the day when you fire out those shots, the whole world is watching. Little Black girls in the middle of it get hurt. They think what is wrong with my skin? I didn’t attend for it to come from a place of malice in that way. I seriously had to spend a year questioning myself, like ‘Is there some sort of preference in your brain?’ We’ve all got some sort of self-internalized hatred that we’re afraid to admit it’s there. I really had to examine myself and come back and go ‘You f*cked up and you need to accept and admit the fact that you f*cked up.’ So when I go through those moments, when people go ‘She’s anti-Black,’ I realize it’s because I put myself in that position by making a comment as frivolous, careless and stupid as I did when I was young. Obviously, you have to address it. I addressed it a long time ago. I apologized right after. It’s just messed up. When you know what’s wrong with the world, sometimes you can also be what’s wrong with the world.”

While Angel Haze deleted the harsh comments long ago, nowadays Haze uses social media to advocate for black women, the community LGBTQ, to speak out about injustice, and to share selfies and random thoughts. Even though Haze is still young, the rapper’s evolution as an artist has been a wonderful thing to watch. Angel Haze’s upcoming album In The Winter Of Wet Years (ITWOWY) comes out later this year.

Listen to This. Angel Haze. ‘Resurrection.’

Listen to This. LION BABE’s ‘Jungle Lady’ Gets a Killer Rework Thanks to Kitty Cash and Angel Haze.