Rest in Peace. Anne Deborah Atai-Omoruto, Doctor Who Helped Lead the Fight Against Ebola in Liberia, Has Passed Away. 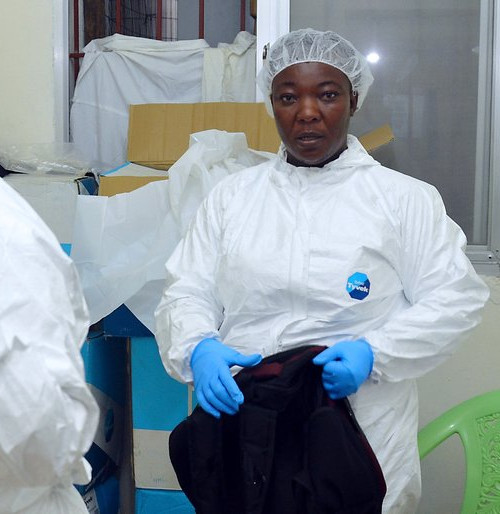 Dr. Anne Deborah Atai-Omoruto, a Ugandan doctor who traveled to Liberia in 2014 to help the country fight a perilous Ebola outbreak, has passed away at the age of 59.


Back in January of this year, the West African nation was officially declared Ebola free, due to the efforts of Dr. Anne Deborah Atai-Omoruto.

Atai-Omoruto came to Liberia with a team of 14 Ugandan health workers, at the request of the World Health Organization. After their arrival, the group immediately went to work by training 1,000 Liberian healthcare workers to handle the Ebola outbreak. At the height of the outbreak, 4,810 people in Liberia had died from the disease and 10,678 more were infected. Despite the fact that she was forced to work with limited resources, Dr. Atai-Omoruto took the epidemic head-on by opening a major clinic to treat the growing number of infected and advocating for intervention from the Liberian government.

Before going to Liberia, Dr. Atai-Omoruto had also helped to quell outbreaks of Cholera and Ebola in her native Uganda.

Dr. Atai-Omoruto is survived by her 5 children, her father, and 3 siblings. According to her daughter, Acom Victoria, her cause of death was pancreatic cancer.