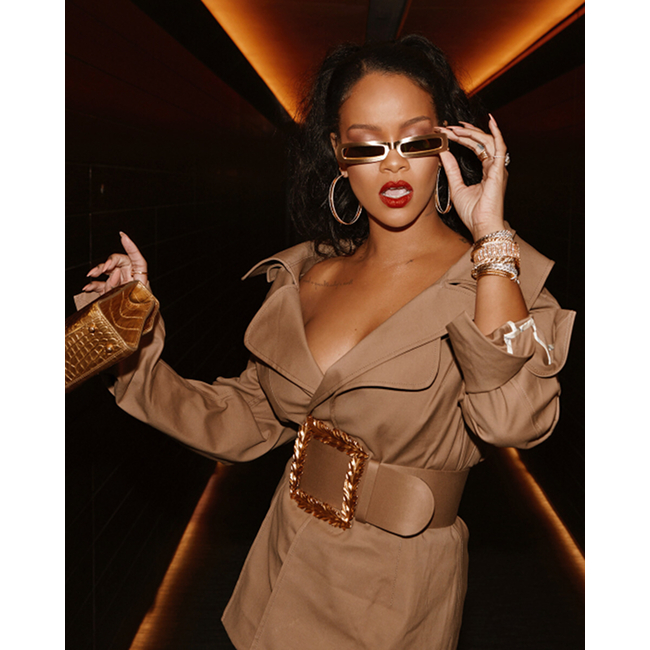 According to multiple outlets, Rihanna is reportedly in secret talks with LVMH Moët Hennessy Louis Vuitton to launch a luxury fashion line.

The rumored line would be the first new luxury brand released under LVMH since Christian Lacroix in 1987.

Rihanna supposedly hinted at the line earlier this week when she stepped on January 14th, wearing a pair of never-before-seen sunglasses emblazoned with a “Fenty” brand name on both sides.

Rihanna’s current Fenty Beauty collection is under the Kendo Holdings company, which is controlled by LVMH. She’s also collaborated or modeled for several luxury brands in the past, including Balmain, Christian Dior, Gucci, and Emporio Armani.