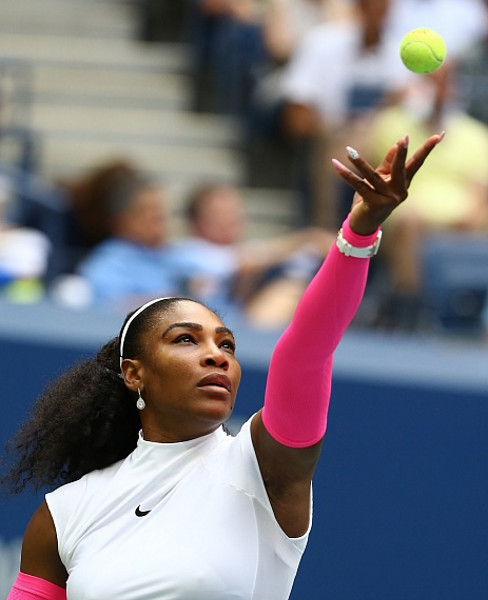 Serena Williams’ 20-year tennis career has been marked by major milestones and history-making wins. After her latest record-breaking victory, Williams has surpassed another one of her sport’s greatest athletes.

Williams, who scored her 308th career match win on Monday afternoon, following a 6-2, 6-3 victory over Yaroslava Shvedova, now has more wins than Martina Navratilova (306), and Roger Federer (307). Williams has also secured a spot in the U.S. Open quarterfinals.

“I just feel like I’m going out there doing what I need to do,” Williams said. “I’m not overplaying, I’m not underplaying. I’m just trying to play my way into this tournament.”

“This is where it all started, so it’s always magical for me,” Williams added. “But 308 sounds pretty good.”

If Williams wins the tournament, it would bring her total number of career match wins to 311. A win would also mean setting another record — she would surpass tennis legend Steffi Graf. Williams is currently tied with Graf at 22 Grand Slam titles.