At the age of 19, Simone Biles has become the latest young phenom to pen her memoirs. The elite gymnast and Olympic gold medal winner revealed the cover of her upcoming autobiography Courage to Soar, exclusively on Ellen. 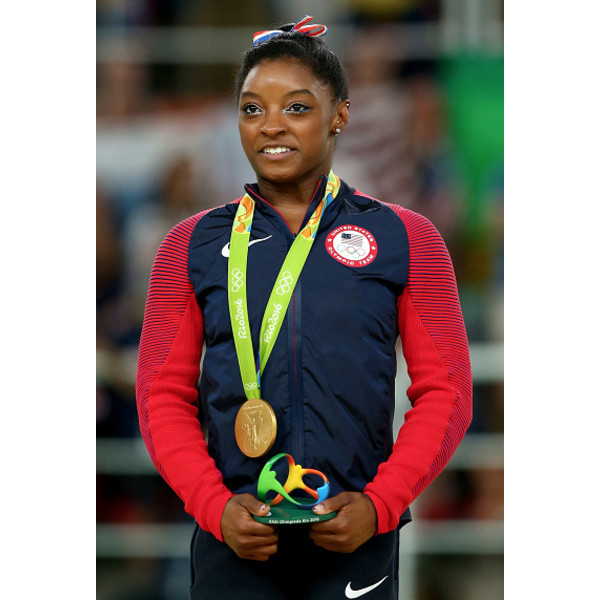 Biles co-wrote Courage to Soar, with journalist Michelle Burford, who also worked with fellow powerhouse gymnast Gabby Douglas on her 2012 autobiography Grace, Gold, and Glory: My Leap of Faith.

According to her publisher, Zondervan, Biles, who was raised by her grandparents, will delve into her often challenging upbringing. During the Olympics media scrutiny turned to her parents and the fact that they were unable to raise her due to issues with substance abuse.

Biles also hopes that the book will serve as a source of inspiration to younger readers.

“I want people to reach for their dreams. If you’re willing to put in a lot of work, and if you’re focused and determined, you can go really far. There [are] so many people who have inspired me with their love and encouragement along the way — and I want to pass on that inspiration to readers,” Biles said in the publisher’s release.