‘Slay For A Change. ‘ Stylist Makes a Statement About Police Brutality at New York Fashion Week. 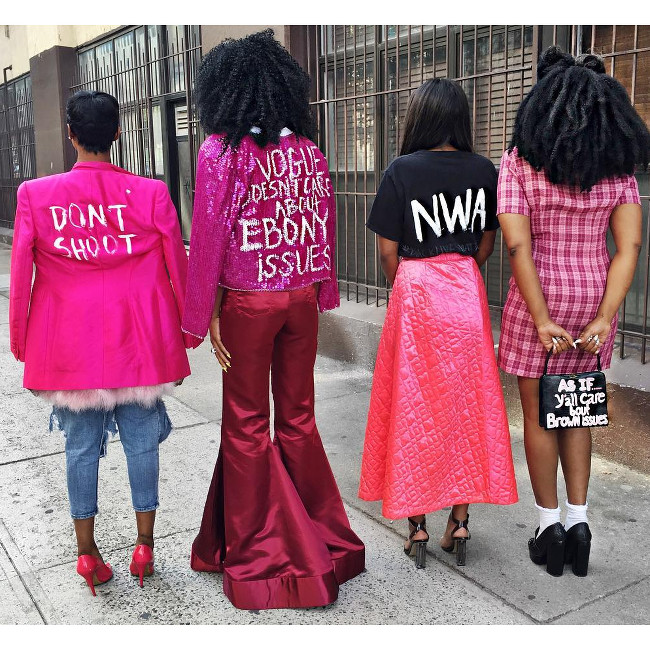 While over-the-top fashion is hardly a rare sight at any major fashion week, Shayla Hill decided to use her attention grabbing style as a call to action. 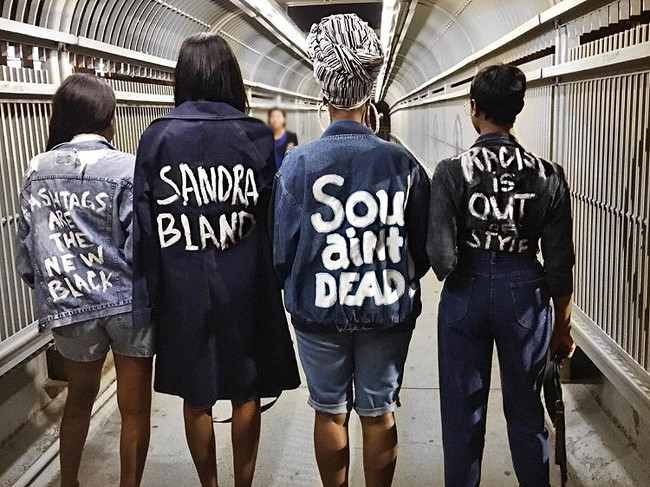 “The idea first began with the death of Sandra Bland,” Hill tells Yahoo! News. “It was July of last year that she died and I felt really connected with the circumstance surrounding that story. She and I graduated from the same college around the same time. I knew that I was planning on going to Fashion Week and thought it would be great to make a bold statement that showed my solidarity. I ended up talking myself out of doing it last year. But when Alton Sterling and Philando Castile happened, I decided to move through my fear.”

“I wanted to use NYFW as my platform because I feel it’s a world that’s very silent about black issues.”

Hill says that even though she and her group did receive some rude stares and statements, the overall reaction to her demonstration was positive. Images of Hill, Washington, Gordon and Joi went viral after celebrity stylist June Ambrose posted images of them to her Instagram page.

When you meet one of your greatest inspirations @juneambrose #nyfw #slayforachange

Hill also says that she was moved to create Slay For A Change after being hurt by the general silence from the fashion industry in the wake Alton Sterling and Philando Castile.

“I love fashion with all of my heart. I’d like to consider myself a part of the community of fashion. And during that time, I felt my issues were neglected,” said Hill.