Sneak Peek. Check Out Rihanna as an Intergalactic Cabaret Dancer in ‘Valerian.’ 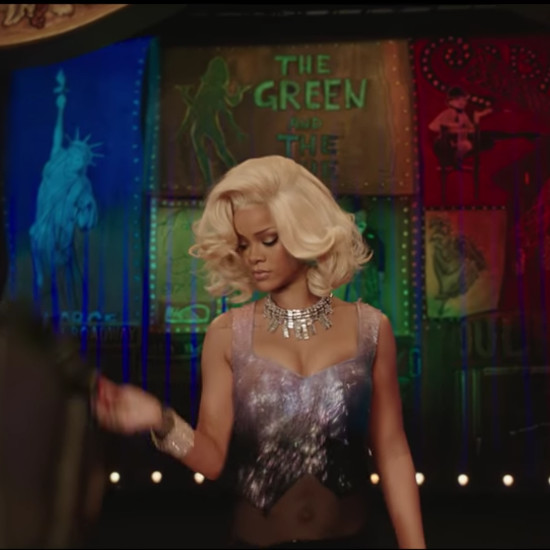 The first teasers for upcoming space age sci-fi feature Valerian and the City of a Thousand Planets have finally dropped. Directed by Fifth Element filmmaker Luc Besson, Valerian stars Cara Delevingne and Dane DeHaan as a pair time-traveling agents who are investing an intergalactic empire. Rihanna appears in the film as a mysterious cabaret dancer.

A recent set of teasers reveal that the pop star will be rocking a series of interesting looks throughout the film. According to Besson, Rihanna’s recent album ANTI served as inspiration for Valerian.

A video posted by Entertainment Weekly (@entertainmentweekly) on Nov 9, 2016 at 9:21am PST

Valerian, which is set to hit theaters in July of 2017, marks Rihanna’s second major film role for next year. Rihanna is also set to star in Ocean’s Eight.