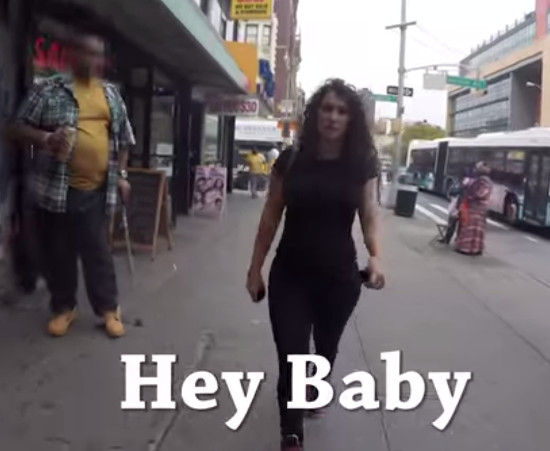 With over 40 million views and counting, the impact of the viral video “10 Hours of Walking in NYC as a Woman” definitely can’t be denied.


The short video, which was created for anti-street harassment organization Hollaback!, by viral video agency Rob Bliss Creative, sparked a dialogue but also ignited controversy. The racial dynamics of the video, a white woman being harassed by mostly black men, made many women and men of all races uncomfortable. Others felt that the harassment seen in the video wasn’t such a big deal.

“10 Hours of Walking in NYC as a Woman” also inspired a slew of parodies, starring everything from Star Wars to food being the object of harassment. Companies like T.G.I.Friday’s even joined in on the fun.

Roberts filed docs against director Rob Bliss and Hollaback! — the anti-street harassment group — for using her likeness to promote their agenda. Her attorney says Shoshana did not have a written agreement with Bliss. He wouldn’t say if she was paid for the gig, but believes she didn’t get everything she was promised. He refused to be more specific.
Roberts is suing for at least $500k.

A spokesperson for Hollaback! tells Gothamist that, “We haven’t been served and don’t have any information about this case, or further comment at this time.”

Women of Color Share Their Experiences With Street Harassment. A Few Thoughts.