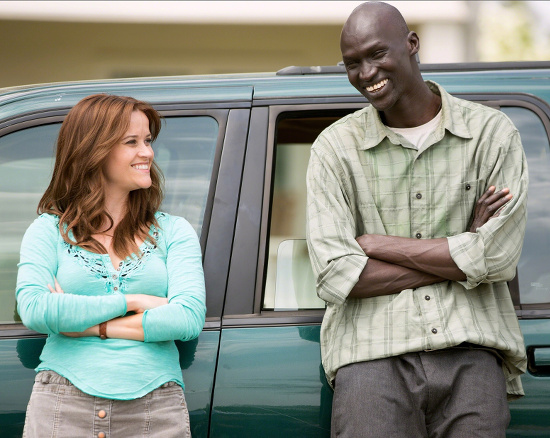 In February of 2015, a group of 54 Sudanese refugees, working with the Foundation for Lost Boys and Girls of Sudan, filed a lawsuit against the writers and producers of The Good Lie. At the time, the unique suit was considered a longshot — one that could also be potentially explosive. Now an Atlanta judge has given the group the green light to pursue their claim.

The 2014 Ron Howard film stars Reese Witherspoon as a caseworker, who provides assistance to Sudanese refugees who reach America, by helping them get acclimated to their new environment. The backstories of the characters from Sudan are based on real accounts from actual Sudanese refugees.

According to the complaint, the events leading up the dispute started back in 2002, when six men from Sudan were hired to work on the movie Tears of the Sun, starring Bruce Willis. After filming, the men met with Bobby Newmyer, an acclaimed producer who has since passed away in 2005. Newmyer assured the group that their story would make a great movie. He traveled to Atlanta with screenwriter Margaret Nagle, where they taped interviews with Sudanese refugees, in order to begin crafting a script for the project.

“While some common elements of the Lost Boys’ story were publicly available, Newmyer and Nagle wanted to create a movie with real, personal and emotional details otherwise unavailable to the public at large,” says the lawsuit. “Newmyer and Nagle needed the details from the Lost Boys’ personal stories and permission to use those details in a screenplay and subsequent film.”

While in Atlanta, Newmyer and Nagle discussed compensation with the group of men, and allegedly came up with an offer of $55,000 — an amount that was meant to cover the use of their stories while the filmmakers attempted to attract investors for the project. The group assigned their rights to an umbrella organization called the Foundation for Lost Boys and Girls of Sudan. The terms of their agreement seem to have been mostly laid out in a verbal contract.

Eventually a script was written, and the rights to the film were sold to Paramount Pictures. The plaintiffs in the suit claim that they were unaware of the sale and only heard about it secondhand from other members of their community — who were hired as extras for the project. This led to a meeting between representatives for the Sudanese refugees and Molly Smith of Black Label Media and Karen Sherwood of Imagine Entertainment. Both companies were involved in the production of the film and are named in the lawsuit. The plaintiffs also claim that the meeting was videotaped.

Smith allegedly called one of the members of the Foundation for Lost Boys and Girls of Sudan with a $1 million offer for their story, an account that lawyers for Black Label Media refute.

One major issue in this lawsuit is that the Foundation doesn’t hold any copyrights on the taped interviews. Representatives for the companies named in the suit argued for a dismissal on these grounds.

“While the Court appreciates the logic of Plaintiffs’ argument, they have not pointed to authority applying equitable estoppel to the registration requirement specifically,” writes Judge May.

May granted the motion to dismiss but allowed the group to refile the claim after they registered their copyrights.

While the entire case seems ripe for a settlement, the very existence of this lawsuit sets a precedent that could affect “based on a true story” film for years to come.

(Left: Aberash Bekele in the 1999 Documentary Schoolgirl Killer, Right: The Poster For Difret. ) At the age of 14, Aberash Bekele was kidnapped by a gang of men on horseback, raped, and then locked up so that she could be forced into marriage, in the small town of Arsii in Southern Ethiopia.