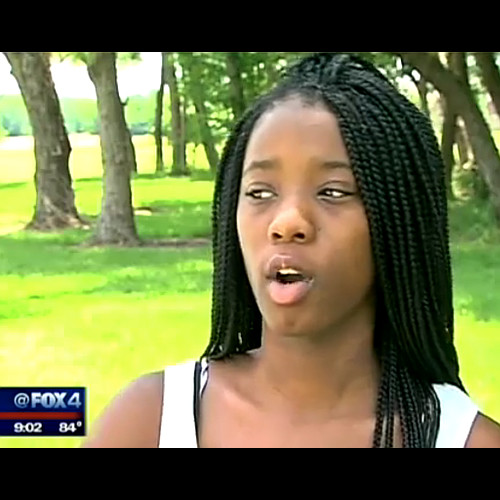 The teen seen being brutalized by McKinney PD Officer Corporal Eric Casebolt in a cellphone vide which has since gone viral is speaking out. Fifteen-Year-Old Dajerria Becton spoke with Fox 4 News DFW about the incident. “I don’t think he should have pulled a gun out on 15-year-old kids… Him getting fired isn’t enough,” she said.


According to the McKinney PD, Casebolt has been placed on adminstrative leave, pending an investigation, but family members and supporters of Becton feel that simply being put on leave isn’t enough.

Despite Objection From Some Residents, City Council in Texas Votes to Keep Street Named After Sandra Bland.

Street Where Sandra Bland Was Arrested Named After Her.