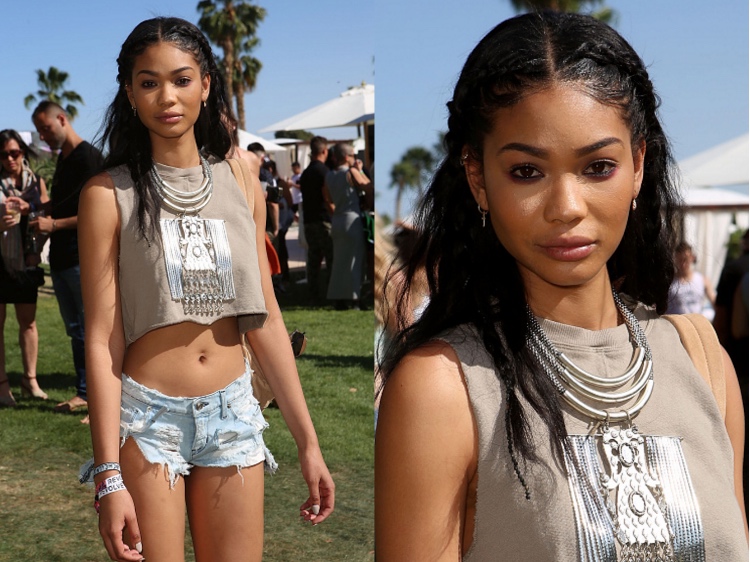 Coachella is officially in full swing and celeb/model crowd has descended upon the highly publicized festival. Over the weekend, top model Chanel Iman was spotted at the REVOLVE Desert House wearing a major statement necklace from DYLANLEX.

The New York-based line by designer Drew Ginsburg has emerged as a celebrity favorite. Beyoncé, Rihanna, Zoe Kravitz, and Alicia Keys are among the brand’s many fans. Most recently Beyoncé sported one of the distinctives styles in an iconic scene for her “Formation” music video. 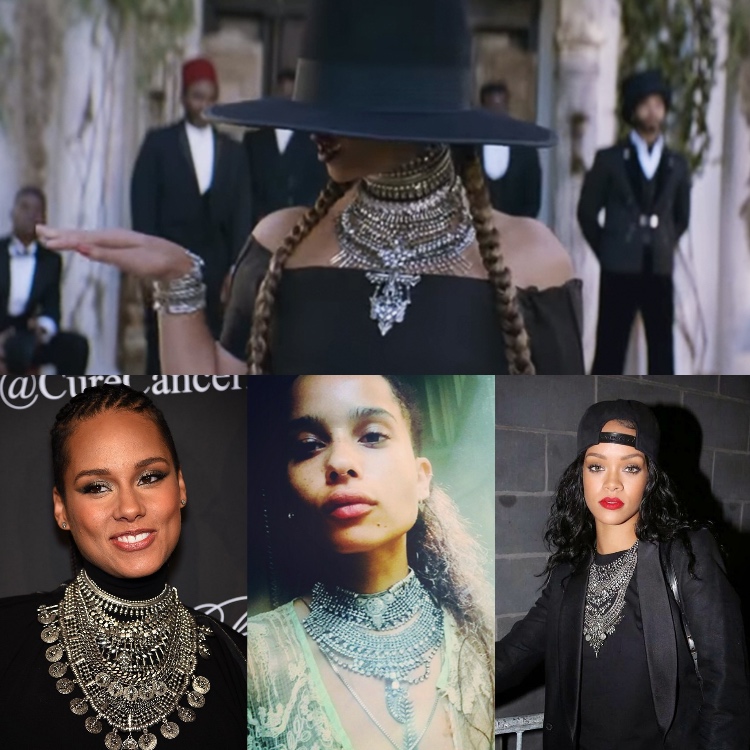 DYLANLEX, which uses antiqued metals and Swarovski crystals is definitely not for the faint of wallet, however, neck pieces range from $450 to $1500. Shop at www.DYLANLEX.com.