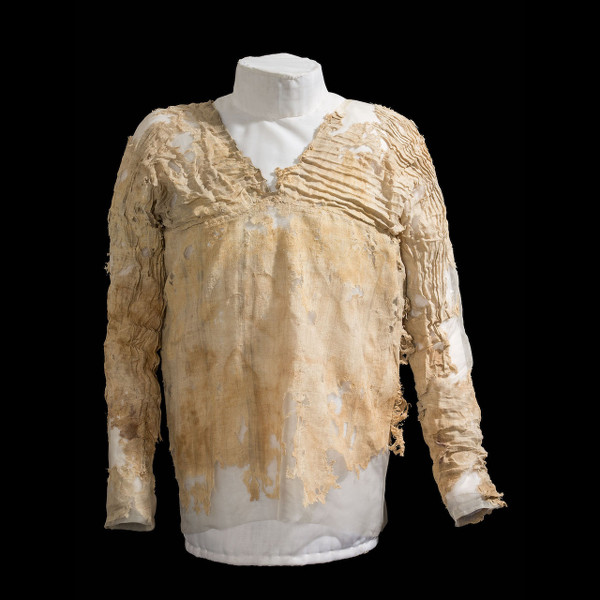 A 5,000-year-old linen dress discovered in a cemetery south of Egypt has just been confirmed as the world’s oldest woven garment. The confirmation was made by the University of Oxford using carbon dating, which dates the dress to be from sometime between 3482-3102 BC.

The ancient V-neck dress has been dubbed The Tarkhan Dress — named for the Tarkhan cemetery, south of Cairo in Egypt, where it was excavated.The dress is currently on display at the UCL Petrie Museum of Egyptian Archaeology.

“The survival of highly perishable textiles in the archaeological record is exceptional, the survival of complete, or almost complete, articles of clothing like the Tarkhan Dress is even more remarkable,” said curator Dr. Alice Stevenson.

The garment was originally excavated in 1913 by Egyptologist Flinders Petrie from First Dynasty tomb at Tarkhan. It remained undiscovered in a bundle of textiles, until 1977, when the bundle was sent to the Victoria and Albert Museum in London for conservation work