There Might Actually Be Another Lauryn Hill Album on the Way. 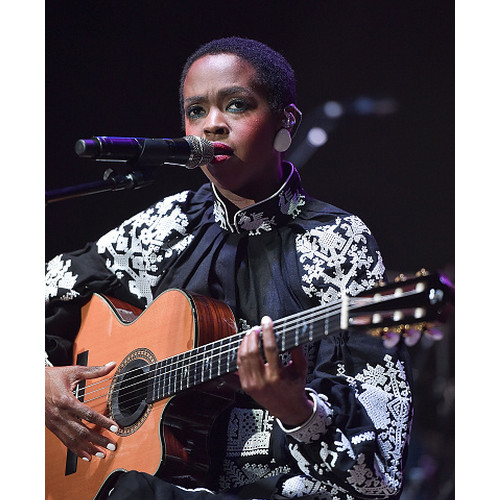 Is it really true this time?


We might finally be getting a follow-up to The Miseducation of Lauryn Hill.

The dream of millions of hardcore fans, who have begging for a follow up to her critically-acclaimed 1998 debut album, might actually be coming true.

Over the years Hill has faced extreme scrutiny over her live performances and harsh speculation regarding her mental health.

Throughout her career Hill has been outspoken, not only about social issues, but also about the errors of navigating the music industry as an artist.

Despite setbacks and criticism, Hill has always weathered on, occasionally treating us to reworks of her best known hits and the occasional unofficial single.

According to a profile of Hill in an upcoming issue of The FADER, the album that fans have been asking for might actually be on the horizon,

Since 2010, she has been working quietly and diligently on a new album and a host of politically minded film projects. She began touring again five years ago as a way of exercising artistic muscle and financing her recording plans, says Phil Nicolo, one of her current producers and a founder of Ruffhouse, the Fugees’ original label. According to Nicolo, she is closer than ever to finishing the follow-up to Miseducation. And thanks to her involvement in a documentary about the late Nina Simone—perhaps her greatest forebear—Hill is on the brink of a genuine comeback. With world politics dovetailing with pop culture in an unprecedented way, there couldn’t be a better time.

I’m hoping that if this project ever comes to fruition, that it functions as a sequel of sorts to Miseducation. Hill is now 20 years older and wiser. She’s a mother of 6 who has evolved as an artist — on her own terms.