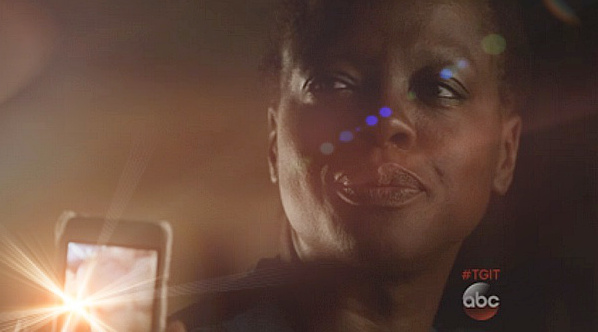 Even after a surprise suicide, and a few close calls, last night’s installment of “How to Get Away with Murder” seemed to be shaping up to be one of the weakest so far. Throughout the rather fast-paced episode we saw the cast handle two cases simultaneously, one which wrapped up neatly, like in all of the past episodes, and another which will most likely take us to the end of the season.


The show also only offered a few minor reveals that hint at the answer to two major questions for this season. Who killed Lila Stangard? Who killed Annalise Keating’s husband Sam? The clues seemed more like disjointed puzzle pieces, as opposed to neatly lined breadcrumbs.

The answers that we did get were to questions we forgot were even asked and other questions that didn’t seem so important. I admit to being sort of bored and annoyed by Wes’ snooping and unexplainable devotion to Rebecca. But his snooping paid off as it contributed to the two biggest reveals in the show so far.

After seeing an unhinged and emotional Connor get what was coming to him, we are taken back to Professor Keating’s office where Wes shows her what’s on Lila Stangard’s phone.

The scene that follows is the first big reveal — the unmasking. Annalise slowly takes off her wig and her eyelashes, then she wipes of her make-up. Her eyes are dead, her face tightened with emotion, the #lessclassicallybeautiful warrior is without her armor. This is a poignant, raw, moment, especially for black women viewers.

In the past, when Annalise appeared vulnerable, viewers were left wondering if it was an act. But this time there’s no one around to manipulate. As she stares into the mirror barefaced, Sam walks into the room. Annalise Keating then delivers those “nine words” that ABC promised us, in a manner that only Viola Davis could.

In addition to sitting here in shock for the past 12 hours, I’ve also been trying to figure out ways to work the phrase “why is your penis on a dead girl’s phone” into casual conversation, my writing, my career and life in general.