Vogue Vows to Be More Inclusive in 2016. 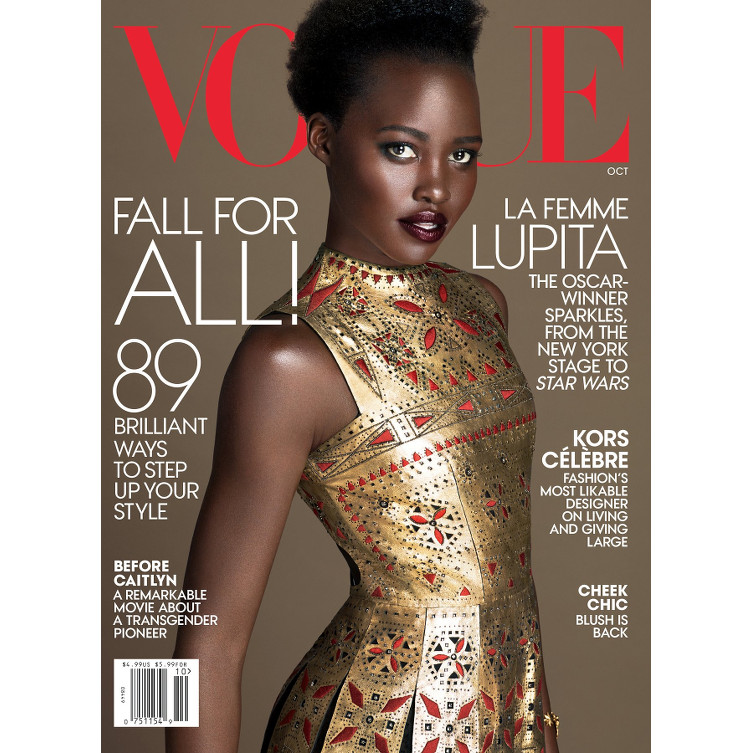 From a Beyoncé cover, to a Lupita Nyong’o cover to a stunning Empire editorial, Vogue has made some major strides when it comes to diversity. The fashion bible, which traditionally didn’t boasted a less than stellar record when it came to inclusion featured a bevy of diverse content both online and in print in 2015. The publication also hopes to keep the momentum going in 2016.

In Vogue’s January issue, the cover of which features Swedish actress Alicia Vikander with the words “Be Yourself!” emblazoned next to her, editor-in-chief Anna Wintour relayed the mag’s ongoing push for inclusivity. The statement might come as a surprise to many longtime devotees of Vogue, the magazine has traditionally never taken a strong stance on the issue of diversity.

“All of the many progressive societal changes that we have experienced recently are pointing us to a place of far greater inclusiveness, tolerance and diversity…” writes Wintour in the issue. “So instead of our typical January portfolio defining the new season’s direction, we decided to do something completely different this year, something that reflects not only the spring 2016 runways but the shifting times we live in.”

The issue’s main editorial features a cast of athletes, artists, actors, and musicians including Beasts of No Nation’s Abraham Attah to French tennis player Alize Lim.

“It’s January, the start of a new year and start of 2016, an election year,” Mark Holgate, Vogue fashion news director, tells Mashable. “It’s also coming off of seeing the spring 2016 collections. The strong message that came from them was that designers were embracing individuality and diversity with a strong point of view.”

Holgate credits social media for playing a major part in Vogue’s evolving stance on diversity. While many might feel that this is a classic case of “too little, too late,” I’m looking forward to the new opportunities created for those working behind the scenes in additions to the models, actresses, and other talents who are gaining greater visibility.

How Did Fashion Fare in Diversity This Year?