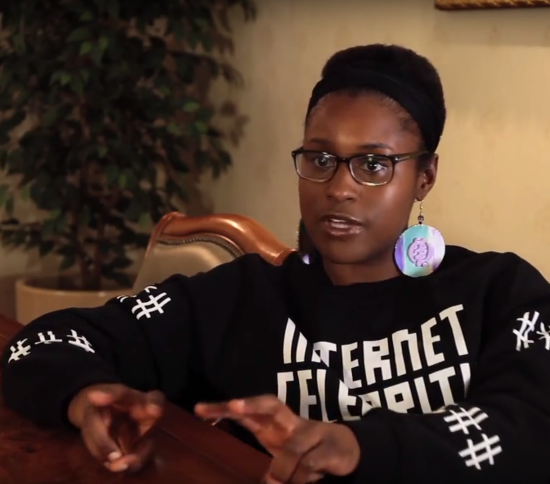 Since her wildly popular web series “The Misadventures of Awkward Black Girl” debuted in 2012, Issa Rae has seen a meteoric, yet unconventional rise to fame.

Earlier this year, it was revealed that HBO had ordered a pilot from Rae and that she would be working with comedian and “Nightly Show” host Larry Wilmore, who would also serve as executive producer. Soon after noted music video director Melina Matsoukas would be directing the pilot and that actors Yvonne Orji and Jay Ellis would be joining the cast of the show. But despite these develops, there were also many reports of possible delays, stating that we might not see a final product until 2017.

Rae talked about her struggles in entering the world of television and getting her show made in a candid New York Times profile.

Rae recently revealed that she had wrapped up shooting the pilot of the upcoming HBO show, “Insecure,” last week. Throughout her career Rae has always been open about her motivation for creating the “The Misadventures of Awkward Black Girl.” She’s also been outspoken about the need for diverse representation in media geared towards young black women.

In this short documentary for Africa is a Country, we see Rae in the early days of her career, talking about how “The Misadventures of Awkward Black Girl” came to be.

This short documentary explores the journey of Rae’s web series, highlighting in particular how ABG started as a zero-budget exercise amongst friends and eventually became appointment viewing with the backing of Pharrell Williams. Without the gatekeepers of traditional TV, Rae was able to let her true voice flourish, and walked right into the gap that the big broadcast networks had left wide open. The documentary is a celebration of the series, and also a challenge to indie filmmakers to fully use the digital tools literally at their fingertips, so often taken for granted.