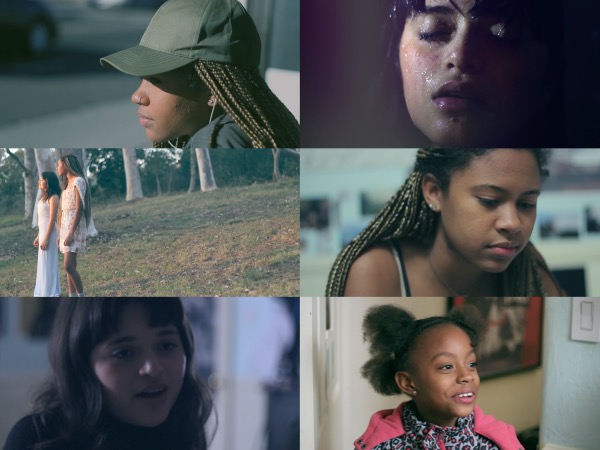 Actress and activist Amandla Stenberg is also an emerging filmmaker. Stenberg, who stars in the upcoming indie teen drama As You Are, went viral after online media caught wind of her short documentary about cultural appropriation, titled Don’t Cash Crop On My Cornrows. The teen artist has also expressed her desire to attend film school. In 2014 she directed her first short film based on the gothic 1892 novel The Yellow Wallpaper.

The film stars Leeza Lester as “Andy,” a wise and world-weary teen living in foster care. Andy is struggling with her emotions and seeking an escape. Her general malaise is peppered with bits of topical humor and witty observations. A new, but brief relationship provides her with the respite that she needs by shifting her reality. Stenberg’s skill as a young filmmaker shines in that Blue Girls Burn Fast manages to avoid typical “coming-of-age” and “teen angst” tropes through its realism, that blends seamlessly with a hazy, dreamy fantasy. The film also makes excellent use of musical cues, which should come as no surprise as its creator is also a folk musician.

Watch Blue Girls Burn Fast, in its entirety, below.