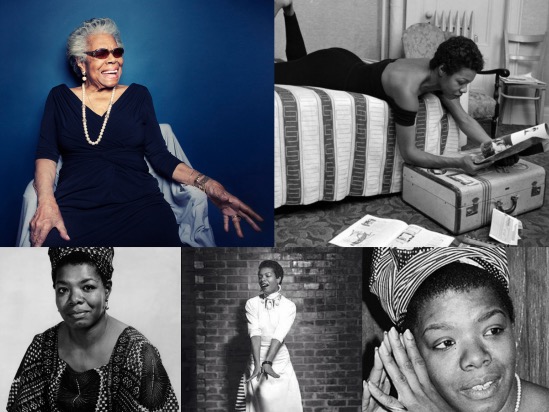 Filmmakers for this upcoming documentary about the life and work of Dr. Maya Angelou hope that viewers will walk away having seen a different side of the acclaimed author.

The project, which began filming before Angelou’s death in 2014, was organized by a team of friends, colleagues, and associates of Angelou. It is directed by Bob Hercules and Rita Coburn Whack. Whack produced the award-winning Maya Angelou Show on Oprah Radio and also manages Maya Angelou’s Facebook page.

The team of filmmakers captured about 4 hours of footage of Angelou over a period of a few years before her passing. The footage includes intimate scenes with her family as well as on-camera interviews with Bill Clinton, Oprah Winfrey, and Common.

“I wanted to do everything I can to support what she stood for and her message,” Guy Johnson, Angelou’s grandson tells Vogue. “Because I think that message is still relevant: Essentially, don’t spend a whole lot of time judging people who are different from you. Accept and understand that the quality of being human is in all of us. My mother hated prejudice of any sort. She would not let people in her house use derogatory terms for another person’s ethnicity: black, white, Jewish, Hispanic, Asian—she would not allow it. So if a person was to use a negative name for someone’s ethnicity, she would tell them, ‘Honey, do you have your purse? Do you have your bag? Do you have your key? Because it’s time for you to leave.’ ”

In this clip, we hear Dr. Angelou speaking about what it means to be a writer a subject she often touched on, in the philosophical sense, quite often. Creators of the documentary are also currently in the process of raising funds for this project. Support it HERE.