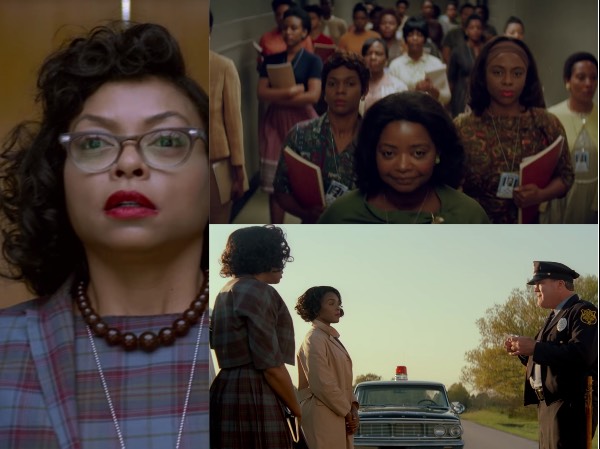 20th Century FOX just dropped the first official trailer for Hidden Figures, a-film that tells the true story of a little known group of black women scientists and master mathematicians who helped NASA win the space race. The film, which stars Taraji P. Henson, Octavia Spencer, and Janelle Monáe, is set to hit U.S. theaters on January 13, 2017. Monáe plays Mary Jackson, an engineer who was was considered to be a trailblazer. Henson stars as Johnson, Spencer plays her supervisor, Dorothy Vaughan. The women worked in a segregated unit from the 1940’s to the 1960’s.


This first trailer which also features stars, Kevin Costner, Kirsten Dunst, Jim Parsons, Mahershala Ali, Aldis Hodge, and Glen Powell, puts the story of Jackson, Johnson and Vaughan into historical context, set against the backdrop of racial unrest and segregation in America. The trailer also injects a bit of comedy into the story.