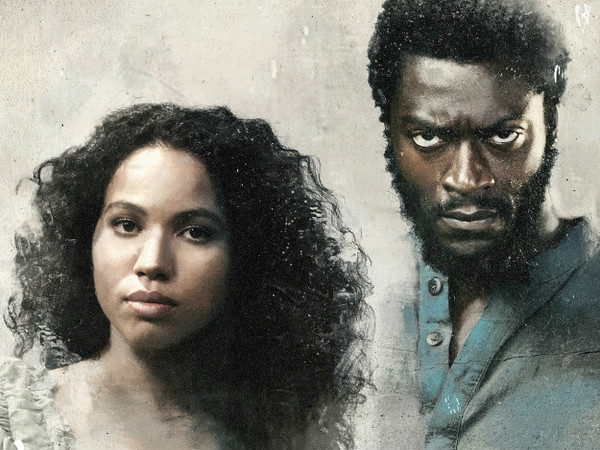 
I am from Ohio. The Underground Railroad’s significance to my state’s history is one whose inscription can still be seen today. Tours leading from Oberlin to Canada commemorate the many miles to travelled to freedom. St. John Episcopal Church, where slaves were hidden in the bell-tower, remains in Cleveland’s downtown. The sacrifices made by courageous slaves and their allies during the Underground Railroad are never lost on me, a young black woman. When WGN premiered it’s new show, Underground, I vowed to watch. After only three episodes I have become an avid fan.

Underground is a series that “follows a group of slaves who plan a daring escape from a Georgia plantation to cross 600 miles to freedom.” This group of slaves includes a Nat Turner-esque master mind, “Noah” (Aldis Hodge); a sly “Cato” (Alano Miller); a torn house-slave “Rosalie” (Jurnee Smollett-Bell); and more who have pledged to uncover and follow the route to freedom. At the same time that Noah is preparing his escape route, a lawyer (played by Marc Blucas) in Washington D.C., fed up with his denouncement of the Fugitive Slave law falling on deaf ears, has banded with his wife to make a more effective contribution to the abolitionist cause by allowing their home to become a stop on the Underground Railroad. Underground shifts perspectives to provide a well-rounded depiction of an Antebellum America. But its primary focus remains on the slaves — a signifier that this show is not one of the hunter’s telling the history of the lion, but the lion refocusing the lens.

There have been many slave narratives before Underground: the ground-breaking Roots, 12 Years a Slave, Amistad, The Book of Negroes — and even Django Unchained, among many others. Underground adeptly pays homage to the legacy of its predecessors while foraging a way of presenting our history on screen. In one of the most poignant scenes of Episode 2, Rosalie stares out the window of the big house asking her mother, Ernestine, if she’s ever thought of “another life.” Rosalie is a young woman who is tired of standing on the margins of someone else’s reality. She is not only smitten with Noah, but also with his plans of running away — the embers of anguish in her are rapidly growing into a fire of restlessness.

Her mother is not blind to it and attempts to extinguish the flame with her assurance that she has, indeed, thought of thousands of different lives:

“like picking my fingers bloody out in them cotton fields, or being put up on that [auction] block sold away from my chil’lun — maybe deep south to a breeding farm where they force me to have a dozen babies I never get to hold.”

For Ernestine, and women like her, those are the only alternatives, which is why, Ernestine reminds Rosalie, “I work as hard as I do ‘make sure this one here is as easy as it can be.” That work extends far beyond the workhouse, and into the bedchambers of the Master, placing Ernestine in a delicate position that she navigates with acute skill to safeguard her children and their future. The relationship between Ernestine and her Master is a taboo reality of history that mainstream media has either fumbled with presenting or avoided altogether. Underground proves that there are no plans of tip-toeing around anything.

The tightrope slaves were forced to walk is so brilliantly constructed in Underground that the barrier between the past and present is broken, allowing a deeper understanding of the motives and actions of those with scarce options. These are not just slaves, these are people with thoughts and feelings and dreams and ideas. Underground restores dignity to a people who fought to maintain agency in a world that extended them a mere Three Fifths of humanity.

The characters aren’t one-dimensional caricatures that appeal to modern day respectability; they are dynamic humans who stitch together ingenuity, courage, and limited resources to fashion their own styles of freedom. From sex, to infanticide, secret readings, and plantation dances, Underground is incinerating Eurocentric history lessons of slavery. It brings forth a nuanced, complex reality of slavery and the individuals who were, not only forced to navigate it, but were determined to exert independence — by any means necessary Underground is ushering in a revolutionized way of viewing slaves and their allies. 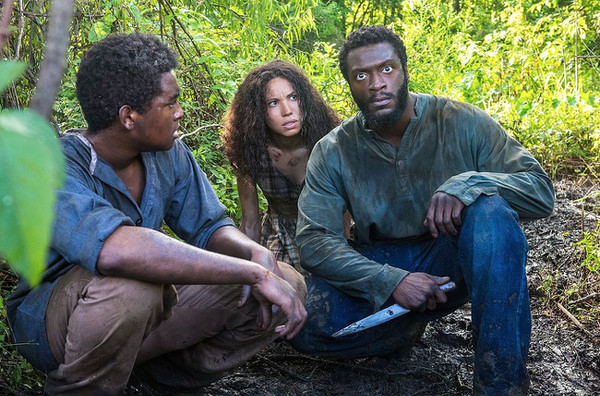 With a cast of brilliant actors and executive producers John Legend and Anthony Hemingway (Red Tails, American Crime Story, Empire), Misha Green and Joe Pokaski have created a series whose relevance and impact will stand for generations to come.

Underground airs on Wednesday at 10/9C. For more information and to catch up on past episodes visit www.WGNAmerica.com.