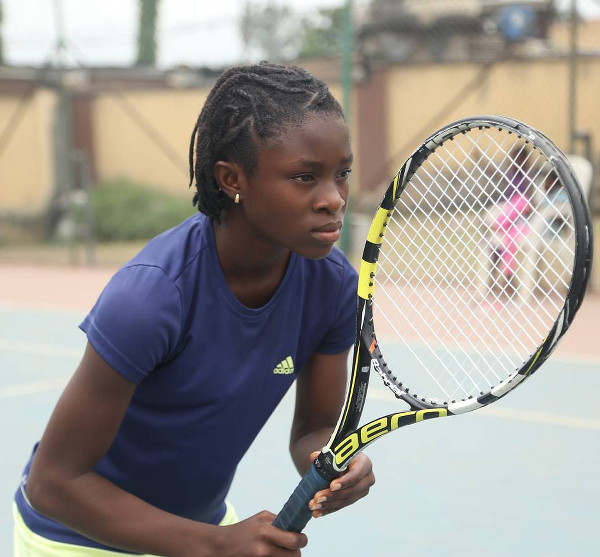 While Serena Williams shows no sign of stopping, the tennis world is always on the hunt for the next big thing. Over the past few years, several American players in their teens have shown great promise, but seem to fade away after the occasional upset. Similar can be said for young players on the international stage. Skilled Nigerian player and preteen Marylove Edwards hopes to have her chance to represent her country in the sport at a major world tournament.

Edwards recently made headlines after placing third at the 2016 ITF/CAT 12 & Under Talent Identification Programme in Morocco. She beat a Kenyan opponent 6-1, 6-1 after losing 7-5, 6-7, 4-6 to a Moroccan player in the semi-final.

Just got back from Morocco to see an article about me. I hope to inspire other young girls to play tennis.

Edwards who began training, under the direction of her father, at the age of four, was coached by Mohammed Ubale. Ubale heads Nigeria’s National Junior Tennis Team.

While Edwards still has a ways to go, her ultimate goal is to become the first Nigerian to score a grand slam win in Tennis.