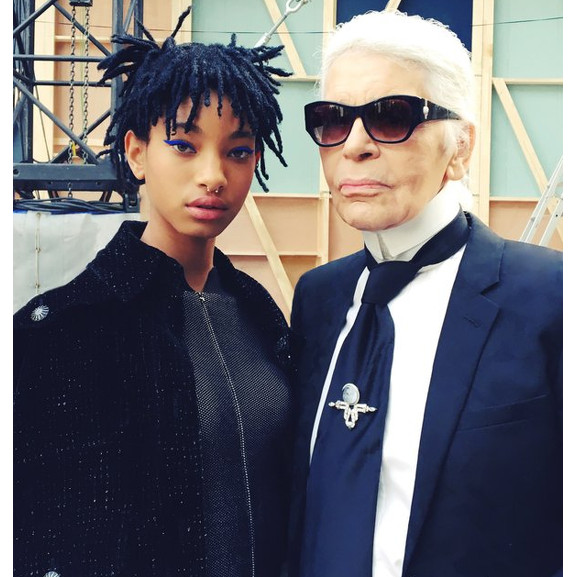 Earlier today, Chanel announced Willow Smith as its new ambassadress. The younger Smith sibling also took to Instagram to share the news, thanking the brand for “expanding perceptions of ‘beauty'” by working with her.

<@chanelofficial> // Thank you Karl Lagerfeld and the entire team at Chanel for expanding the perceptions of "beauty" by picking me to be the new Chanel ambassador. I am honored.

From brand collaborations to a steady stream of awe-inspiring editorials, Willow Smith is on her way to establishing a fashion empire. This past fall, Smith was signed with groundbreaking boutique modeling agency The Society Management.

Earlier today, Smith was spotted with mother Jada front row at the Chanel show during Paris Fashion Week. The young fashionista sported a skin tight ensemble topped off with signature boots, a short jacket, and fingerless gloves — a signature of Karl Lagerfeld, who has helmed the brand since 1983. Smith was also spotted alongside Lagerfeld shortly before the big announcement was made. This isn’t the pair’s first collaboration, however. The designer photographed Willow Smith for an issue of V Magazine back in 2014.